Looking for a place to set your furry companion free? Here are 5 dog-friendly parks in India 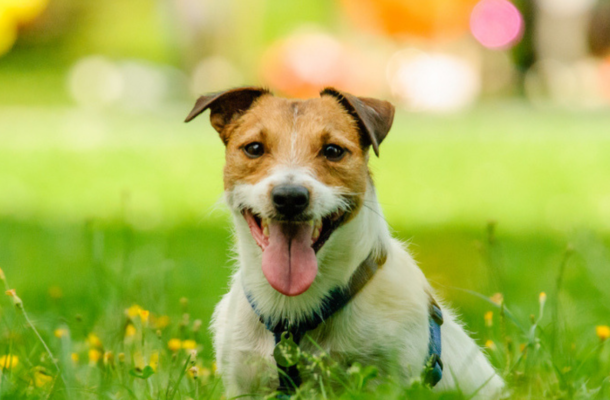 No pet parent likes to confine their little ones to a leash and walk them around narrow lanes and filthy footpaths, subjecting them to bustling crowds and traffic noises in their playtime. Even though parks can be found in every nook and corner, one simply cannot unleash dogs, and sit back and watch them run about in all of them.

Parents always have to be on their toes, and literally so. With a lack of dog-friendly spaces around in general, here are five parks across the country that provide respite to both the furry companions as well as their parents: Gachibowli, Hyderabad A first-of-its-kind in the country, this park is exclusively for the enjoyment of your four-legged buddies and is equipped with facilities such as an exclusive dog play area, pool, training and playing equipment, separate enclosures for the little ones and the bigger woofers, and an amphitheatre. Converted into a park from a dump yard, the brainchild of IAS officer Harichandana also has certified trainers and veterinary professionals, thus becoming the first park in India to match the international standards that have been set for the pet's holistic well-being. Petboro Dog Park, Bengaluru Spread over a large space and equipped with canine-exclusive play tools such as ramp, see-saw, jump hoops and bars, weave posts, and others, this park is a haven for dogs to play and socialise as they exercise. Since the area is entirely fenced, the canine buddies can prance about, crawl, jump and relax as freely as they wish to. This park also serves as an ideal place for pet parents to train their little ones while they enjoy. Carter Road Dog Park, Mumbai Stretched along the coastline overlooking the sea, the park is enclosed and absolutely secure for the little snoots to run about freely and make friends among both fellow dogs as well as humans. The park also provides dogs with several opportunities to socialise and have the time of their lives by organising interesting parties on numerous occasions. The best deal is that this park is open 24x7, so pet parents know where to head to when their furry buddy nudges them awake at 3 am for some fun! Off The Leash, Gurugram True to its name, Off the Leash is a park-cum-café where you can let your furry one run around, make fellow pooch friends and explore the area without having to trail behind them the entire time. They are in for a treat, literally, with an amazing doggie menu for them to hog on as the parents sit back in admiration and sip their coffee. And a pool to do away summer jitters serves as a cherry on the cake!

Through concerted efforts by the Ugly Indian association, concerned pet parents and other animal lovers, a former garbage dump was converted into a dog-friendly park and is regularly maintained by them, too. With play equipment such as kennel, dog-exclusive benches and tier tunnels, this park serves as a relief for pets and their parents to relax and enjoy. Furthermore, a "poop pit" has been dug in a corner which acts as a compost for the responsible parents to scoop out and put the excreta left behind by their furry children, thus ensuring a clean area for them to unwind.

-By Bhupendra Khanal, Founder and CEO of Dogsee Chew.