Love Capsule: He was never really mine but what we shared felt like a special kind of love 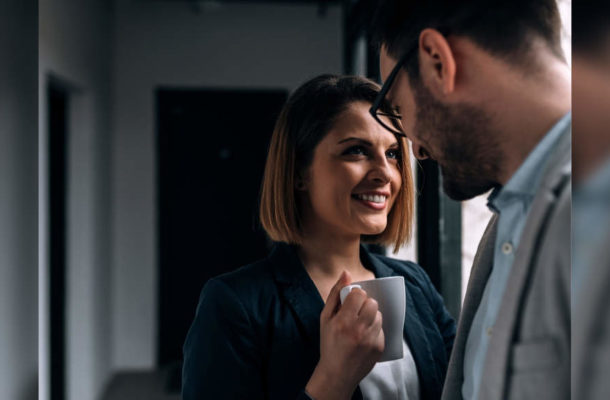 I met a guy at work who was all things funny, smart and silly. But he was this version of himself only with me. If you saw him otherwise, he'd look and behave like the kind of boss who's not a favourite of any employee - tough, unapproachable and difficult to work with.

It was the winter of last year when he noticed my Instagram and left a not-so-creepy DM (Direct Message). If I be honest, I did have to cross-check twice just to be sure that it was him. We happened to talk for a bit and it went quite well. He had to ask me thrice if I knew who I was talking to. And I sure did reply positively because by then I had seen him cross my office desk a few times. That one conversation was enough to make us both pass on smiles and wave at each other from a distance at work. We never really got a chance to have a face-to-face conversation at work because unlike a few of us, others on our office floor were too conservative with the thought of a guy and a girl talking about anything but work. So to cut down on all the office gossip, we chose to just exchange texts over Instagram and know each other.

We finally got a chance to have a real conversation when he offered me a ride back home. I chose to accept the offer. You must be thinking about how awkward and weird it must have got since it was our very first face-to-face conversation? Not one bit! We spoke for an hour and a half in the car quite comfortably like we knew each other for ages. That was it. That was all it took me to realize that he was one of those guys who'd look all tough but is a totally friendly person once you get past the surface level.

He wasn't one of those guys who'd look for a chance and ask to exchange numbers immediately. In fact, he didn't even come close to asking for my number for a couple of months. We literally just spoke over Instagram and kept having silly conversations. Eventually, we did exchange numbers and we started to get on endless phone calls which lasted two to three hours each night. And that was not all. He'd sometimes call in the morning and I'd call him in the middle of a busy day to simply have a light conversation. Sometimes, he'd also call deliberately when he'd be stressing out about work saying talking to me made him feel relaxed and happy. Cute, right? He made me laugh like no guy ever has and we could talk about things with each other ranging from anything silly to everything serious.

He was honest. And when I say honest, he had no filter when he spoke to me. He'd say things without regret or without even thinking twice. He'd express how he felt for me and he'd tell me how he imagines me around him in all sorts of adorable ways. We hardly got to meet in person. To be specific, in the entire year of knowing each other, we only got to catch up on our drives from work to home thrice or at the most, four times. He was falling for me at an unbelievable speed and I was trying to get a grasp of how I felt for him, slowly and steadily. Sometimes, I'd go speechless for things he'd tell me. He knew how to flirt well. He knew how to talk well. And he also knew how to listen well.

For me, he was nothing like how he behaved in front of others. For me, he was this silly guy who'd always crack jokes and wouldn't mind one bit if I made fun of him. His honesty and ability to have open conversations is the reason why we're still friends after I had to tell him that we're not going to be able to have a future together. Yes, we had a fight which led to us not speaking to each other for a month or so. It was then when I let my mind think of all the practical things that came in the way. Eventually, whatever little feelings I had for him started fading away. It was only after we spoke again when he clearly told me how he still felt for me and if I'd want to give it a try, I knew I had to be honest with him because I'd never had it any other way.

He's still a really good friend. We still talk and have silly conversations. But now, he restricts himself from flirting with me and saying things out loud like he used to before. He'd never want to put me in an uncomfortable situation where I wouldn't know how to react. That's one of many things that I admire about him. He's a gentleman and he knows his boundaries. And after a whole year of getting to know him and his feelings, I now know that he was never really mine, but it felt like the purest form of love.