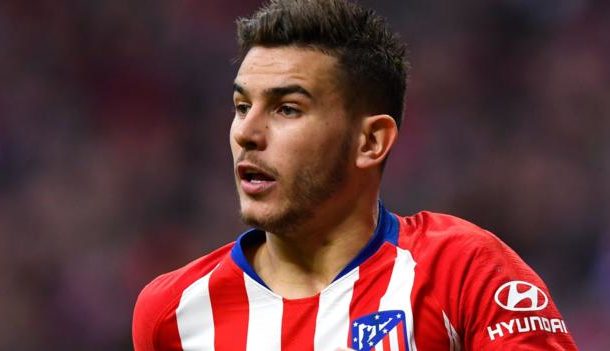 Bayern Munich have signed Atletico Madrid defender Lucas Hernandez on a five-year deal worth a club record 80m euros (£68m).
The 23-year-old, who won the 2018 World Cup with France, will join the Bundesliga leaders on 1 July.
During his medical at Bayern, doctors discovered Hernandez had damaged a ligament in his right knee and he subsequently had surgery on Wednesday.

"This is a really important day in my footballing career," Hernandez said.
"Bayern Munich is one of the best clubs in Europe and the world. I'm proud to be able to fight for all possible titles with Bayern."
Hernandez, who can play at both centre-back and left-back, has made 67 La Liga appearances at Atletico and won the Europa League and Super Cup.
He has won 15 international caps for France, featuring in all their World Cup games in Russia.
"I'm very happy to be able to sign one of the best defenders in the world, a World Cup winner, in Lucas Hernandez," said Bayern sporting director Hasan Salihamidzic.
"Lucas will continue our great tradition of French footballers and improve our team."Source: bbc.com