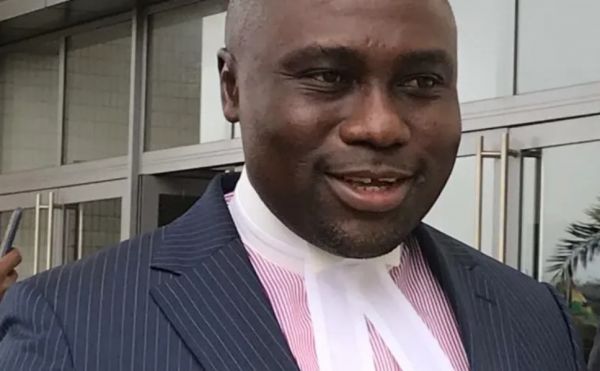 A member of the New Patriotic Party’s (NPP) Legal team, Gary Nimako has taken on former President John Dramani Mahama over his recent outburst about the Judiciary.

He is of the view that the attack is as a result of Mahama losing his baseless election petition in 2021.

He explained that the current Judiciary is tainted and will take a new Chief Justice to repair the broken image.

“If people are not poking fun about politics and inducement being used to sway the hand of justice in the Lower Courts then it is poking fun and making statements about the 7:0 of the unanimous FC, verdicts which mostly involve cases of a political nature in our Supreme court, this is an unfortunate but serious development.

“One of the scariest existential threats to any democracy is when citizens think their judiciary holds no value for them or no use to them, this is the security threat that the National Security apparatus tried to draw the attention of the nation to recently but was poorly received by the President and hIs party.”

“It is scary because it threatens the peace and stability of our democracy and we must quickly correct this fast-spreading notion. If care is not taken, we will get to a state where people will have no qualms about taking the law into their own hands because they do not have the confidence that they can get any justice in the system

"There is, therefore, the urgent need for the Ghanaian judiciary to work to win the trust and confidence of the citizenry and erase the widely-held perception of hostility and political bias in legal proceedings at the highest court of the land.

“Unfortunately, we have no hope that the current leadership of our judiciary can lead such a process of change, we can only hope that the new Chief Justice will lead the process to repair the broken image that our judiciary has acquired over the last few years.”

But reacting to the position espoused by the former President of Ghana, Gary Nimako indicated that it’s the most reckless thing for a statesman like John Dramani Mahama to do.

"Kwame so if you go to court and the verdict is 7-1 does that mean the court is politically biased? I have said this and I will maintain this. When you listen carefully to what he said, the inference is coming from the election petition he lost. You told Ghanaians you’ve won the election and caused your members to demonstrate all over.

"Now you go to court and say no party won the election. How do you want the court to assist you? You couldn’t even send a single pink sheet to court as evidence to prove you won. We go to court with evidence for it to be subjected to scrutiny before a judgement is made but Mahama couldn’t provide evidence.

"Annin Yeboah’s administration has done well for the Judiciary. This is the first time 98 courts and Judges bungalows have been built across the country which were built by the Common Fund. So to say we need a new Chief Justice I don’t get it,” he said on OKAY FM.

He said such comments from the former President should not be encouraged because it denigrates the institution and warned that the NDC should remember that NPP won’t be in power forever.