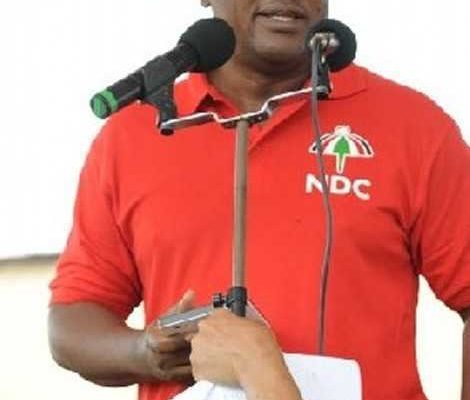 Ghana's Former Consul General to Dubai under former President John Mahama, Ambassador Daniel Osei, has said the former President does not have the discipline, focus or the moral turpitude to lead the opposition National Democratic Congress (NDC) into the 2020 elections.

According to him, there is no way a person like Mr Mahama, whose life has been characterised by indecision as he himself stated in his autobiography, could lead the NDC to victory in the forthcoming crucial 2020 elections.

Former President Mahama over the weekend declared his intention to contest the Presidency in the 2020 polls.

This, however, will happen should he be elected again in the party’s primaries as the flag bearer of the NDC.

In a Facebook post, Mr Mahama lauded the NDC’s re-organisation efforts, which he reiterated had raised the party’s morale.

“To you the teeming supporters and sympathisers calling and requesting me to declare my intentions for the future, I wish to assure you today that as a servant-leader, I have listened to your calls and reflected. I will not disappoint you even as we await the publication of the party’s guidelines for selecting a new leader,” Mr Mahama wrote.

Speaking on ‘Anopa Kasapa’ on Kasapa FM, Ambassador Osei told host Kweku Owusu Agyei that former President Mahama decided to re-contest the flagbearship race of the NDC as far back as shortly after the 2016 election when he was beaten by then candidate Nana Addo Dankwa Akufo-Addo, and not because party members are calling on him to run as he claims.

He insisted that the former President’s return to lead the NDC would be detrimental to the party’s chances of winning the 2020 elections as the Ghanaian electorate have rejected him.

“If possible, Mahama should not contest the flag-bearer race as that will not be in the NDC’s interest. Mahama was not simply defeated by Akufo-Addo; he lost the Ghanaian electorate across [the] board because his reign was terrible and his personality also didn’t help matters. He gave deaf ears to issues raised by doctors and several (sic) other professional bodies.

“For the first time we lost the Military and we started losing the military as early as 2014. Mahama is kidding himself if he says he’s coming back because the grass roots are calling for him. When he becomes our flag bearer, he’s going to face the whole nation and these groups of persons are still there and they remember what he did to them.”