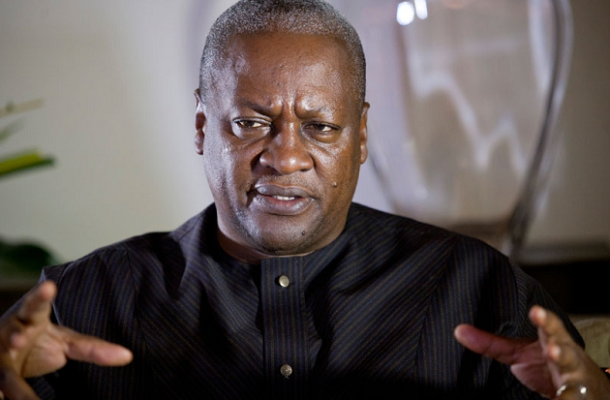 Former Member of Parliament (MP) for Bantama Constituency, Henry Kwabena Kokofu, has highly criticized former Ghana leader and possible 2020 flagbearer of the National Democratic Congress (NDC), John Dramani Mahama, tagging him as one of African leaders who are greedy.

According to him, Mr Mahama could have simply laid back after all the roles he has played in the country.

Speaking on Peace FM's Kokrokoo program Thursday, Mr. Kokofu indicated ''Mahama is very greedy. One person who has become an assemblyman, Deputy Minister, Minister, Vice President and a President as well still wants to vie for presidency after losing the 2016 elections''.

According to Kokofu, although the Ghanaian laws support the decision of Mahama, the latter could have done himself good by just giving up.

He cited the late Kofi Annan as an example indicating, with the success he choked internationally, he could have decided to come to contest for Presidency in Ghana after retiring as the United Nations (UN) Secretary General.

Kokofu opined, if Kofi Annan was greedy as Mahama, that would have been his reaction but because he wasn't, he laid back in support of his country.

He therefore asked other greedy African leaders to emulate the former UN chief since according to him, is a sign of  statesmanship.