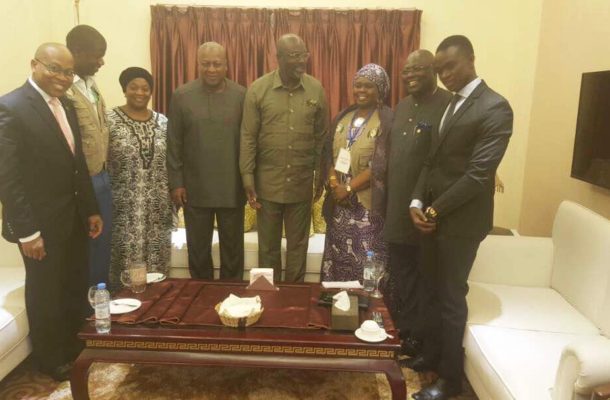 President Mahama who is the Head of ECOWAS Election Observation Mission to Liberia, today December 25 received George Weah & Joseph Boakai as he returned in Monrovia, Liberia, to monitor the rerun of the elections.

Mahama who held a briefing session ahead of the polls urged both candidates to be level-headed and vote peacefully.

The briefing including a presentation by the ECOWAS Technical Support Team that was deployed to assist the Liberian National Election Commission evaluate their voter register and technical capacity.

The Technical Support Team, which was led by the former Chairperson of the Electoral Commission of Ghana, Dr. Kwadwo Afari Gyan, assisted the Liberian NEC to update their systems.

The rerun comes off  between the current Vice President of the country, John Boakai of the Unity Party, and 1995 World player of the year, George Oppong Weah of the Coalition for Democratic Change (CDC).

The first round was held on October 10 to replace President Ellen Johnson Sirleaf however both men fell short of the 50% plus one vote stipulated by the constitution for the winner to emerge in the first round. 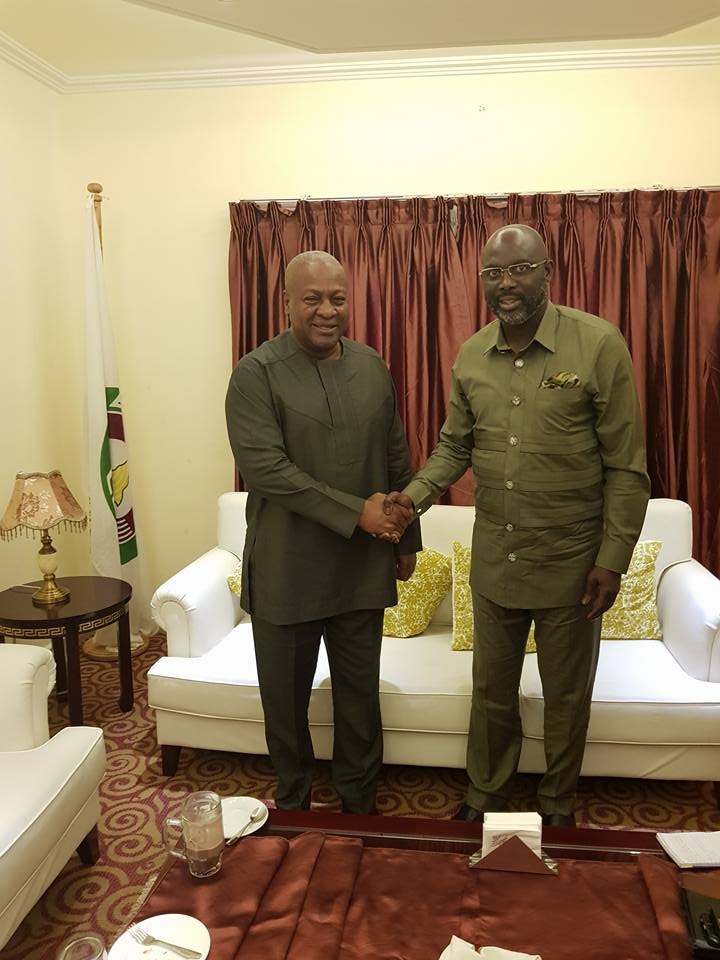 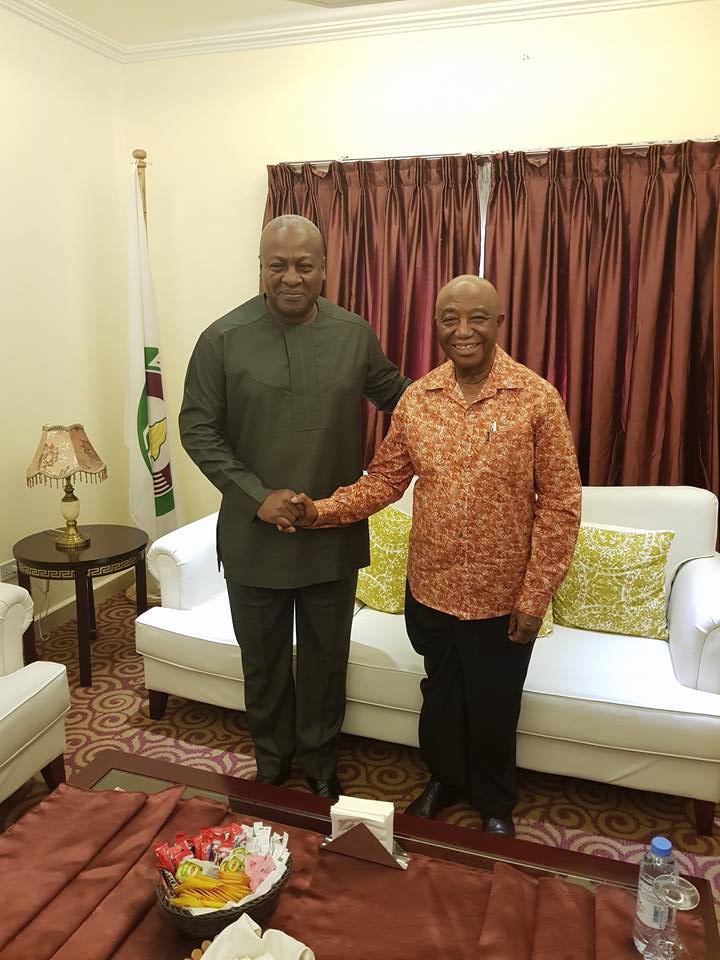 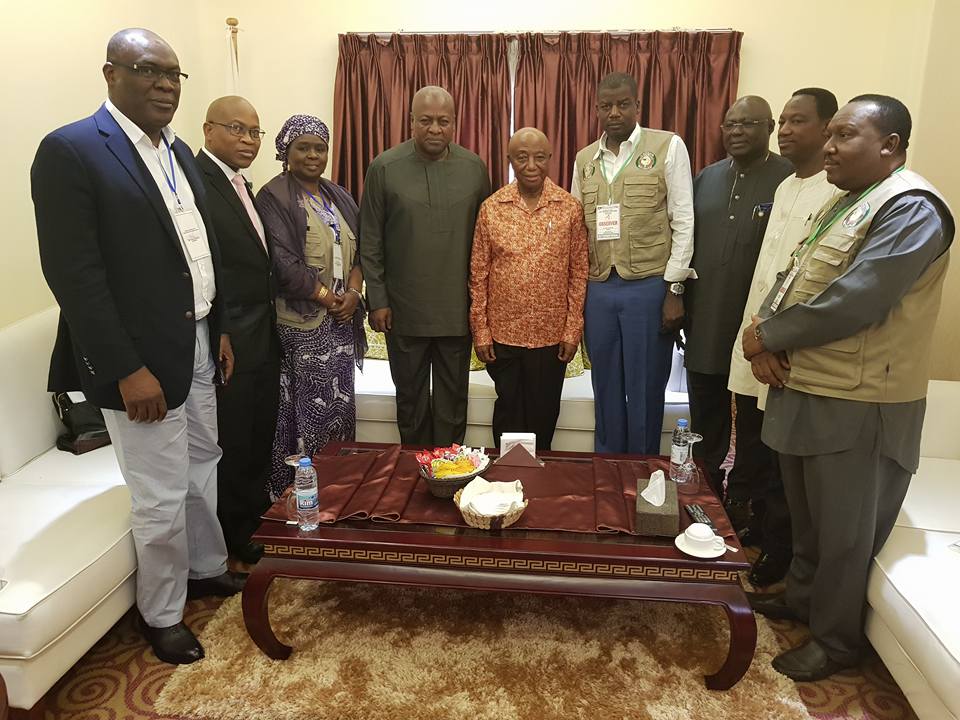 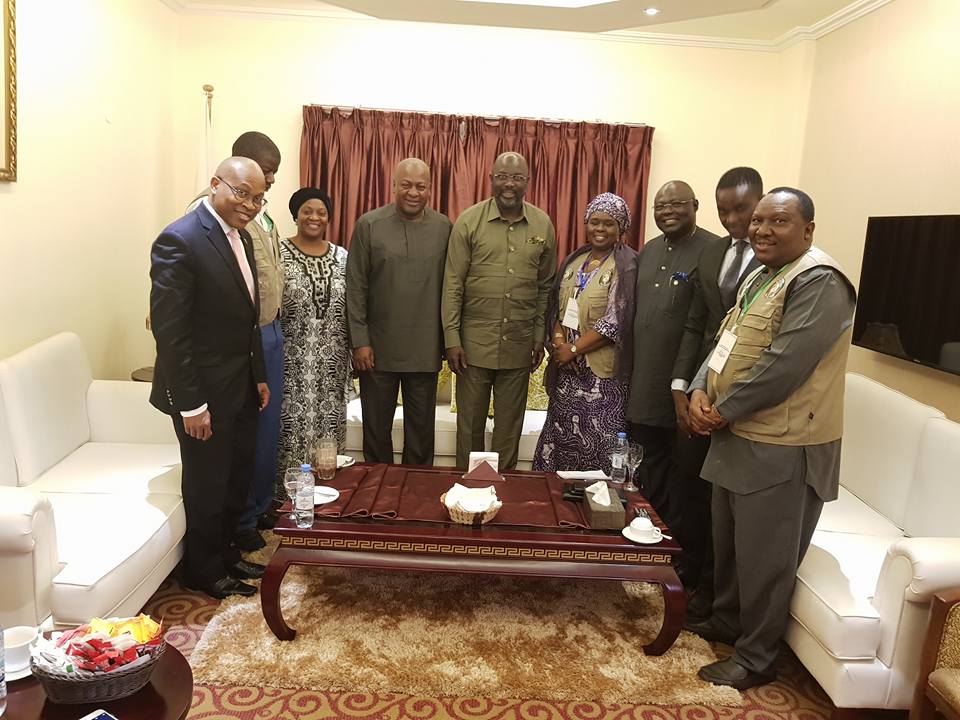