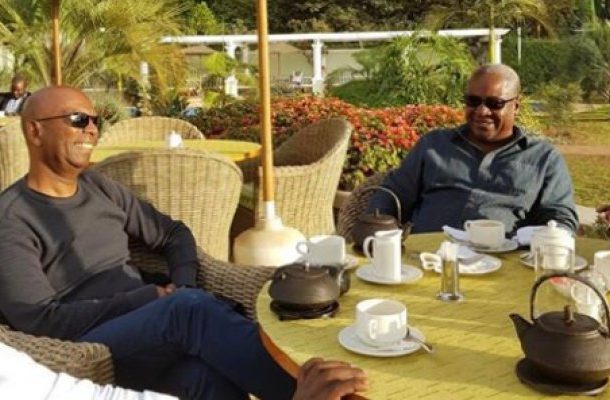 The flagbearer of the opposition National Democratic Congress (NDC) expressed his sadness at the passing of the telecommunications mogul.Mr Mahama in a Facebook post said: “Feeling very sad. Just heard the passing of my good friend Bob Collymore. What a loss!!“He built Safaricom into the biggest and most prosperous brand in East Africa. He battled his illness with the same passion he approached his work. Farewell my friend.”

Bob Collymore who was the Chief Executive Officer of Safaricom, Kenya's largest mobile service provider, died of cancer on Monday, the company announced in a statement.

The Guyanese-born British businessman was receiving treatment since then but “in recent weeks his condition worsened”.

Mr Collymore became Safaricom’s chief executive in 2010 and helped maintain the company as the regional leader in mobile services, including the payment system Mpesa.

Bob Collymore leaves behind a wife and four children.