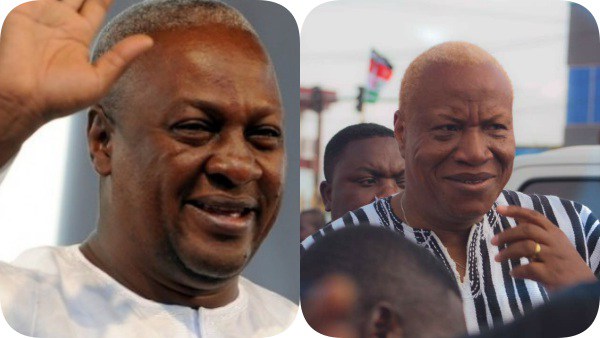 A Flagbearer aspirant of the opposition National Democratic Congress (NDC) Prof. Joshua Alabi, has indicated that his decision to contest for the Flagbearership slot to lead the party ahead at the 2020 election still remains.

The statement by the Former Board Chairman of Social Security and National Insurance Trust (SSNIT) comes after Former President Mahama through social media announced his decision to contest in the flagbearship race.

Prof. Alabi stated that he is confident of winning the primaries adding that his inclusion in the contest will be “a thriller in the history of our great party ( NDC)”.

In a signed statement, the former Vice-Chancellor of the University of Professional Studies, Accra (UPSA), Prof. Alabi said; “I have scanned through some of the discussions concerning my participation in our flag bearer contest, and wish to assure all that I still stand by my decision to contest should our party open nominations this year. I admit it would require hard work, commitment and selflessness but what I know is that the Good Lord is in the center of our campaign and we are surely going to win the primaries. It would be a thriller in the history of our great party( NDC).”

Former President John Mahama has officially announced of his attention to run for the presidency on the ticket of the NDC again in the 2020 general elections.

Mr Mahama took to Facebook on Saturday, 19 May 2018, and stated that: “To you the teeming supporters and sympathizers calling and requesting me to declare my intentions for the future, I wish to assure you today, that as a servant-leader, I have listened to your calls and reflected. I will not disappoint you even as we await the publication of the party’s guidelines for selecting a new leader”.Mr. Mahama further noted; “I want to congratulate the rank & file and executives of our party, the NDC, at all levels for the commitment and work rate we have put into our reorganization efforts. The zeal and determination of the average sympathizer of our great party is greater and miles ahead of what it was after the December 2016 Elections. We need to keep up with the momentum generated and follow the published timelines,”