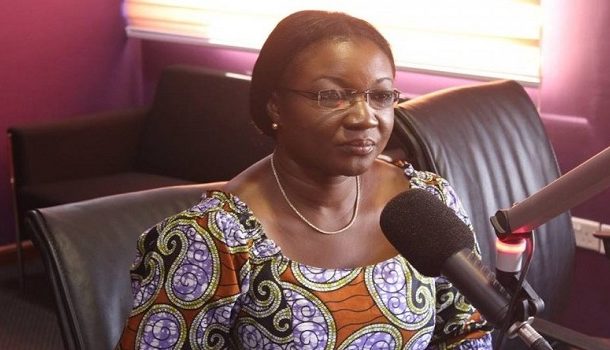 The special aide to former President John Dramani Mahama has denied claims that the former president wanted to incite small-scale miners against the government over the latter’s approach to fighting illegal small-scale mining in the country.

Mogtari, in an interview on Eyewitness News on Monday said John Mahama’s critique of the government’s anti-galamsey campaign was taken out of context. John Mahama, while addressing thousands of party supporters in the Ashanti Region on Saturday after a unity walk urged the government to stop persuading illegal small-scale miners with personnel of the joint police and military task-force and instead focus on reviewing the country’s laws to regulate their operations.

“…it is true that if we don’t do something about it, it will destroy the environment. But we need to apply wisdom. Because we’ve chased young people involved in illegal small-scale mining with soldiers in the past in this country but it didn’t work.”

“But if we put a blanket ban and send soldiers after the young people, that is not the way to go. As you stop illegal small-scale mining, at the same time you must put in place a livelihood package so that as you are displacing people from illegal mining, they have something to do….But when there is nothing to do but you are just chasing them, shooting them, it is not the way to go,” John Mahama said.

The comment has generated widespread criticism from a section of the public including members of the governing New Patriotic Party (NPP) who have accused John Mahama of engaging in “cheap politics.”

The acting General Secretary of the party, John Boadu, at a press conference said the comments by the former president was a desperate attempt by the ex-president to incite illegal miners against the government.

“We, in the NPP, have always known that the former president is such a desperate politician who would do anything for political power but what we did not know is that, his desperation has reached this outlandish extent,” he said.

But responding to the claims, John Mahama’s aide said his chastised had taken him out of context, adding that the criticisms against the former president amounted to intolerance.

“Let’s put the comments of former president John Mahama in proper context. He spoke extensively from his experience at one who worked at attempting to eradicating the menace of galamsey. He mentioned that instead of the ad-hoc measures being used, it is important to find a more sustainable approach.”

“I find their intolerance most unfortunate. I think if anybody has any right to comment from his experience, it is the individual who has served in the highest office of the land… President Mahama touched on facts that these ad-hoc measures, shooting people, taking the lives of people, seizing equipment have in the past failed to work and that a more sustainable approach is required,” she told Citi News’ Umaru Sanda Amadu on Eyewitness News.

Meanwhile, the Executive Director of the Danquah Institute, Dr. Kingsley Nyarko, has said that John Mahama’s comment is in bad taste and seeks to promote illegal mining in the country.

‘Operations of the anti-galamsey task force.’

The anti-galamsey task-force was deployed to three regions; Ashanti, Western and Eastern about five months ago, to help fight and sustain the campaign against illegal mining, which was started by Citi FM a year ago.

Their operations have resulted in the arrest of illegal miners including foreign nationals, mainly Chinese.

The deployment of the joint police and military task-force came as a significant boost to government’s fight against illegal mining in the country, following news of its devastating effects on the country’s land and water resources.

The gov’t ban on small-scale mining

The government placed a six-month ban on all forms of mining until further notice but later extended it indicating that the desired results have not been seen yet.
This is however in spite of appeals from licensed small-scale miners who say the ban is negatively affecting their livelihoods.