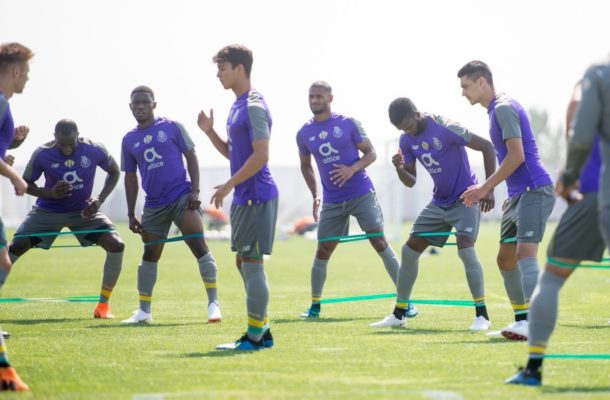 Abdul Majeed Waris reported as FC Porto returned to work Monday at the Center for Training and Sports Training PortoGaia, in Olival.

After a day off, the Dragons trained in the morning and afternoon as they began preparings ahead of the new season.

The Portuguese champions returned to work again on Tuesday, again at Olival, behind closed doors.

The 26 year old is contracted for four year with FC Porto following an automatic activation of the permanent clause in his loan deal.

The Ghana striker initially  joined the Dragons on loan from FC Lorient during the January transfer window.

And having helped the side to win the Liga NOS, both Waris and the club decided to extent their relationship.