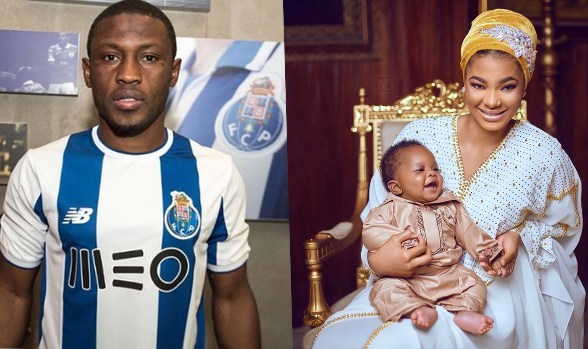 Habiba Sinare is the ex wife of footballer, Majeed Waris

The upcoming actress who revealed details that led to her divorce from the Portugal based player said she believes his axing from the Black Stars final squad for AFCON 2019 was retribution for how he treated her during their marriage.

Habiba Sinare in an interview on Hitz FM described herself as a proud divorcee and alleged that she was treated like garbage by of the footballer and his family.

The single mother said she quit school with just a year to complete her studies in order to make work her marriage to Waris -"someone she was more educated than."

The owner of Eraniss, a make-up brand, also disclosed that her family wanted her to marry someone from her own class but she chose the Right to Dream Academy graduate.

"I don't wish him bad but as I am talking to you today he (Waris) is paying for it...I am here as a single mother and I am a very young woman but the type of responsibility this young guy has placed on my head, I laugh and walk around like I am the happiest woman in this world,” she said.

She added, "But, I bleed inside me, I cry inside me, I cry every day, I look at my child and I ask myself if I had followed my family or listened to my family because they wanted me to marry someone else but I trusted this person.”

According to her, because her family have a high status than the footballer’s, that was why her family did not approve of her marriage to him.

Pataanngye 2 years ago
she married an idiot. But the low classmees, I am.not sure. She chose a footballers money. So her excuses are not convincing. In any case we as humans belong to the same class . Mind your words, single mother. You can dispense with the baby you have with the low class man. Give it to him to wipe off his memory off your mind.