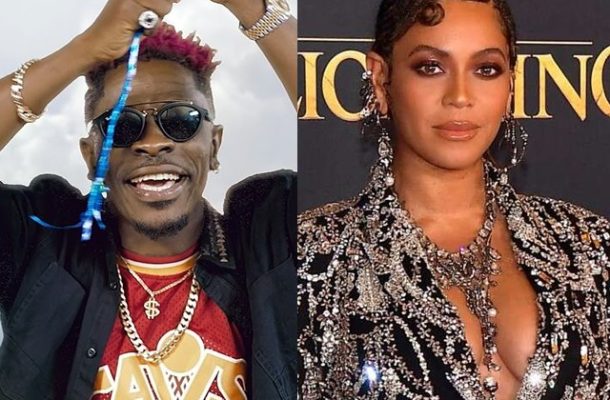 Ghanaian dancehall artiste, Shatta Wale has chalked a major feat as it was revealed he was featured on Beyonce's yet to be released album.

He is the only Ghanaian on the list of 10 African artistes.

It also has a Cameroonian and two South Africans.

The Lion King: The Gift, executive produced by Beyoncé, is out this Friday, July 19 via Parkwood Entertainment/Columbia Records.

The soundtrack to The Lion King arrived last week.

As with The Gift, it includes Beyoncé’s new song “Spirit.”

The album is inspired by the remake of Disney’s Lion King in a non-animated version in which Beyonce played the role of Nala.

Taking to Twitter to share the news, the ‘My Level’ hitmaker posted a photo of the tracklist with his name circled.

Beyoncé is 35th highest earning celebrity with annual earnings of $60 million as ranked by Forbes and sold over 17 million albums in the US, and over 100 million records worldwide.

In 2016, she occupied the sixth place for Time's Person of the Year.

See the tracklist below:

The Lion King: The Gift: