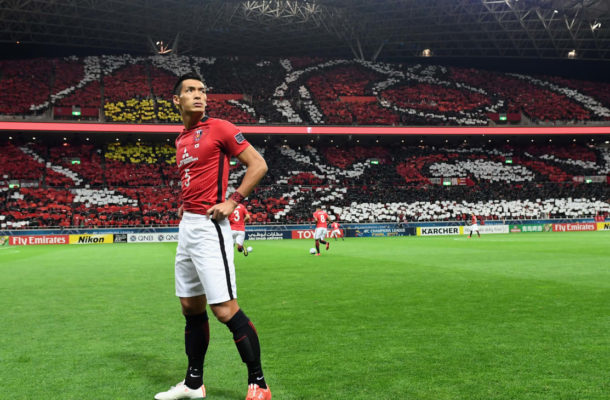 Saitama: Tomoaki Makino has admitted that watching last year’s AFC Champions League on television stirred emotions of regret and frustration as 2017 winners Urawa Red Diamonds get set to return to the competition against Thailand’s Buriram United on Wednesday.


The defender’s last appearance in the tournament came in the 1-0 win over Saudi Arabia’s Al Hilal in the second leg of the 2017 final as the 2-1 aggregate victory saw the Japanese team add to their 2007 title to become Continental champions for a second time.

Urawa failed to qualify for the 2018 edition, however, meaning Makino and his teammates had to watch on as domestic rivals Kashima Antlers were crowned kings of Asia. But the Saitama side secured their return to the AFC Champions League after winning the Emperor’s Cup at the end of last year.

“I was watching the 2018 AFC Champions League on the television and it made me feel frustrated and regretful,” recalled the 31-year-old defender, who played every minute of every game in the victorious 2017 campaign.

“We played the whole of the 2018 season with the target of getting back into the competition and now I’m so happy we are here.

“I hope we can improve as a team and as individuals as the tournament progresses. We will fight as one team and challenge to become champions.”

Oswaldo de Oliveira’s side will start their Group G campaign against Buriram at Saitama Stadium on Wednesday, before matches against China’s Beijing FC and fellow two-time winners Jeonbuk Hyundai Motors of Korea Republic in what is one of the toughest-looking groups in the competition.

Since the victory over Al Hilal, match-winner and top scorer Rafael Silva and defender Wataru Endo – along with former coach Takafumi Hori – are among the figures that have departed.

A number of new faces have arrived, too, with the trio of Kenyu Sugimoto, Ryosuke Yamanaka and Ewerton all in the starting line-up as Urawa began their 2019 J.League campaign with a scoreless draw against Vegalta Sendai last weekend.

“Our newcomers have added quality to the areas we needed to improve and I think we’ll be an even stronger version of Urawa this year,” said Makino, who was part of Japan's 2018 FIFA World Cup and AFC Asian Cup UAE 2019 squads.

“But all the teams in our group are high in quality and I know each game will be tough. Southeast Asian teams have been getting better in recent years, so we will need to work hard to win the [Buriram] game.

“We played tough games against Beijing in 2015 ( a 2-0 defeat and a 1-1 draw in which Makino scored), and of course we are expecting something similar again.

"And Jeonbuk are one of the most talented teams in East Asia; I think the strongest opponent in this group.”