Man, 31, lynched after chopping off mother’s hand amid attempted rape 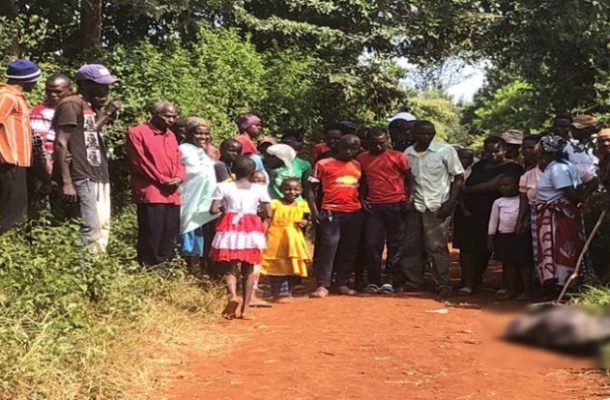 A 31-year-old man has been beaten and burnt to death after he chopped off his mother’s hand while trying to rape her.

The incident happened on Monday, February 17 at Matema village in Kiharu Constituency.

Residents descended on him after they heard his mother screaming for help at their farm.

The man, Kennedy Njuguna Mwangi, is said to have attacked his mother, Margaret Njoki, accusing her of over-harvesting maize on their farm.

After the row erupted, residents said the man chopped off his mother’s hand and tried to rape her.

The incident occurred on Monday at about 3 pm.

The residents said it was the angry mother who poured paraffin on the son and set him on fire despite his pleas for forgiveness.

Mr. Bernard Mbathi, the local assistant chief, told K24 Digital that he had arrested the man several times but his mother always begged for him to be released.
But Mr. Mbathi urged the locals to avoid taking the law into their own hands.

Last week, there was another incident at Ngaani in Maragua Ridge where a 28-year-old man was killed after trying to rape his mother.