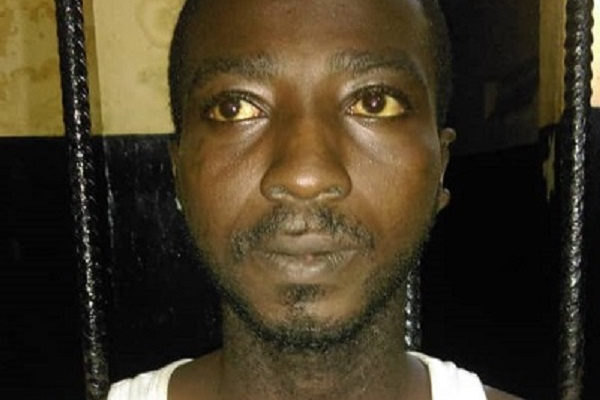 A-29-year old man, who allegedly stabbed his 52-year-old father to death and injured his wife, on Saturday at Kotobabi in Accra, has been arrested by the police.

The suspect, Samuel Ofosu, is in the custody of the police assisting in investigations.

The body of the father, Kofi Ofosu, has been conveyed to the Police Hospital mortuary for autopsy while his wife Esther Pokuwaa, 45, is on admission at the 37 Military Hospital.

The Accra Regional Police Command’s Public Relations Officer, Deputy Superintendent of Police (DSP) Effia Tenge, who disclosed these to the Ghanaian Times yesterday, said on October 24, 2020, a landlady (name withheld) of a house in Kotobabi assisted by others arrested Samuel Ofosu and handed him over to the police at Kotobabi.

DSP Tenge said the landlady reported to the police that on the same day at about 8pm Samuel Ofosu stabbed both his father and stepmother.

She said the two victims were rushed to the Maamobi General Hospital for treatment, but Kofi Ofosu was pronounced dead.

DSP Tenge said due to serious condition of Esther she was transferred to the 37 Military Hospital for further treatment.

She said investigations into the case were ongoing.