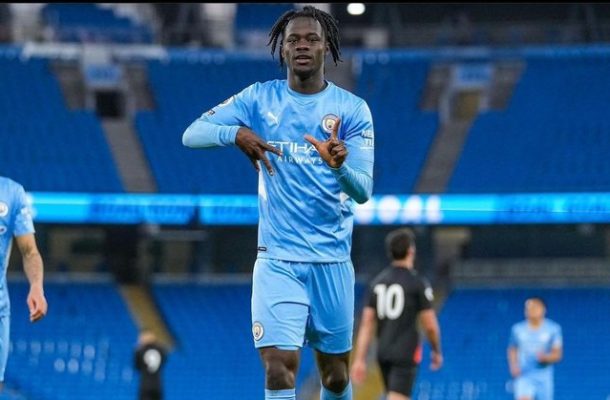 London-born Ghanaian midfielder Darko Gyabi is on the verge of joining English Premier League side Leeds United from Manchester City for 5million pounds.

The youngster is the captain of the Man City youth side but wants more opportunities to play first team football and that is easier to get at Leeds than City.

Gyabi has long been of interest to Leeds United's Sporting Directors,  Victor Orta with multiple previous enquiries about his availability knocked back.

Darko signed for Manchester City in 2018, after progressing through the Academy ranks at Millwall.

The City website describes Gyabi as a box-to-box midfielder who catches the eye with his skill in tight areas and ability to dribble through midfield, Darko played a key role for the U18s in 2020/21 and progressed to the EDS for 2021/22 - playing 11 times in the successful Premier League 2 season.

With Kalvin Philips heading the other way the youngster is not a direct replacement as his fee is being negotiated outside that of the England International.

Darko has played and captained the England U-15, U-17 among others.