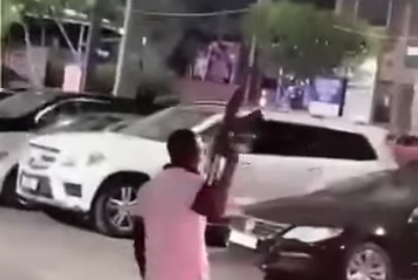 The man who was captured in a viral video firing an AK47 ruffle has been arrested by the Ghana Police Service.

A statement issued by the police said he has been identified as a soldier.

Flt Sergeant Nicholas Owusu Frimpong for fired several times into the air to welcome year 2022 at the A&C Mall in East Legon in Accra on New Year’s eve.

The police say it is an offence to discharge a firearm in public “without lawful and necessary occasion under Section 209 of the Criminal Offences Act 1960 (Act 29).”

“The suspect is currently detained by the military police whilst investigations continue,” the police statement signed by Supt Alexander Kwaku Obeng, director of public affairs said. 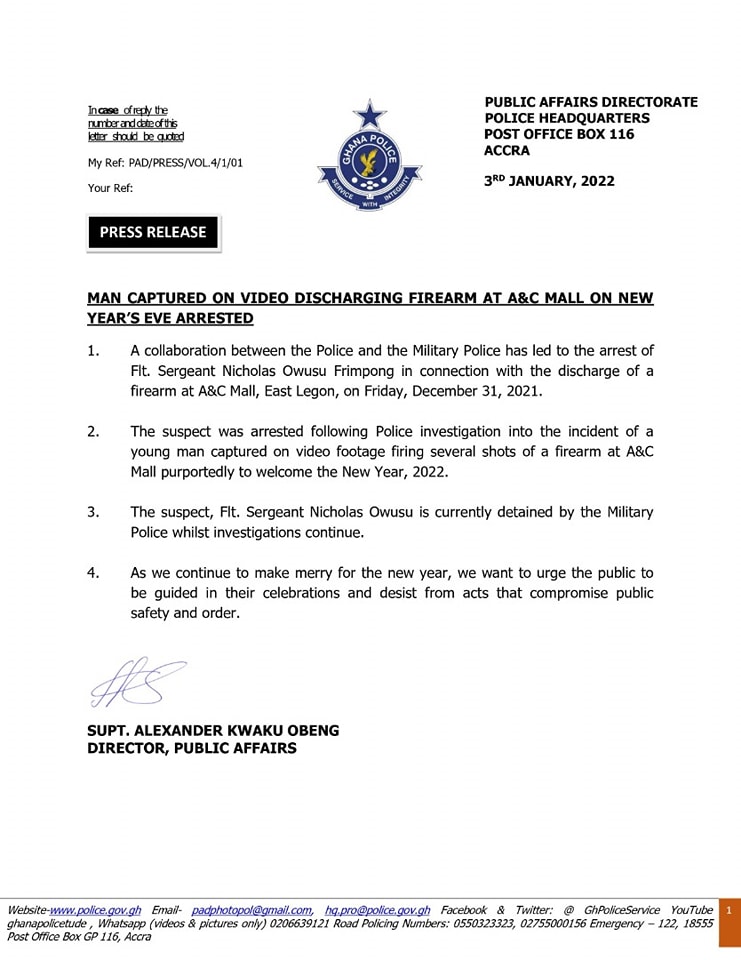