Man goes on honeymoon with wife's photo after she loses passport 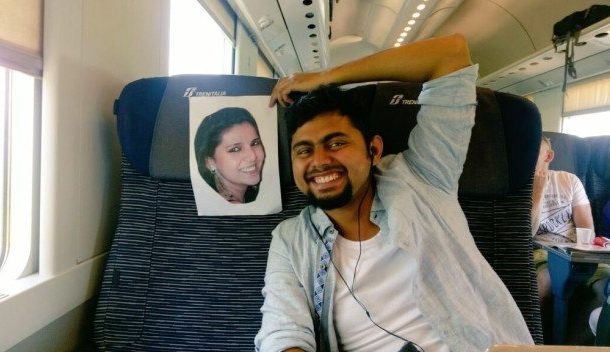 They got married on December 12, 2015. As he was busy working at that time, the couple couldn’t go on their honeymoon, so they decided to save up to travel to Greece and Italy in August, 2016.

However, just before going on their trip, Sana lost her passport, and hence, was unable to travel.

She didn’t want to waste the money as all the planning and bookings had already been done. So she convinced Faizan to go on the trip alone.

Anticipating that he’d miss his wife a lot during what would have been their honeymoon, he carried pictures of her to take to multiple locations along the 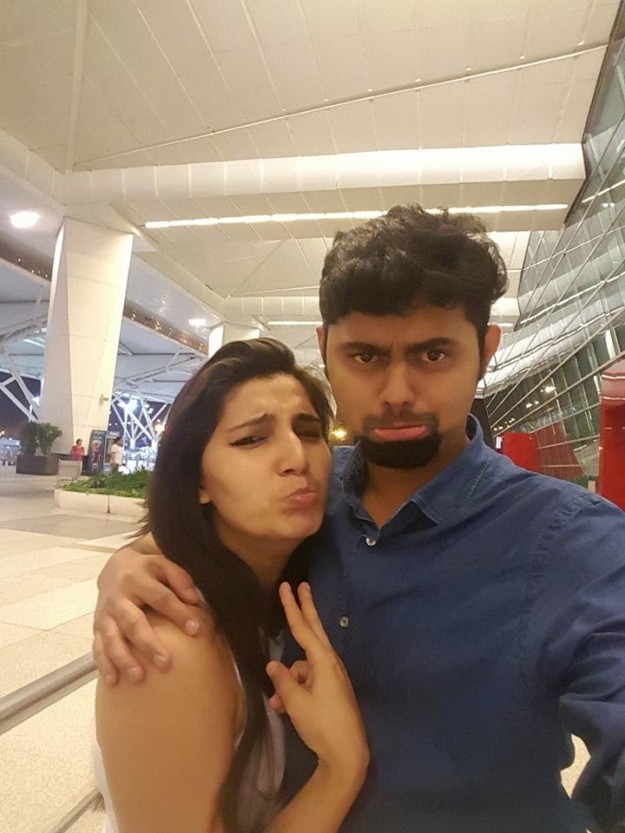 "So I reached here only to miss her even more. I carried few of Sana’s photos to be clicked next to me on her empty seats,” Faizan told BuzzFeed.

Everywhere he went, he never forgot to take his wife’s photo with him. 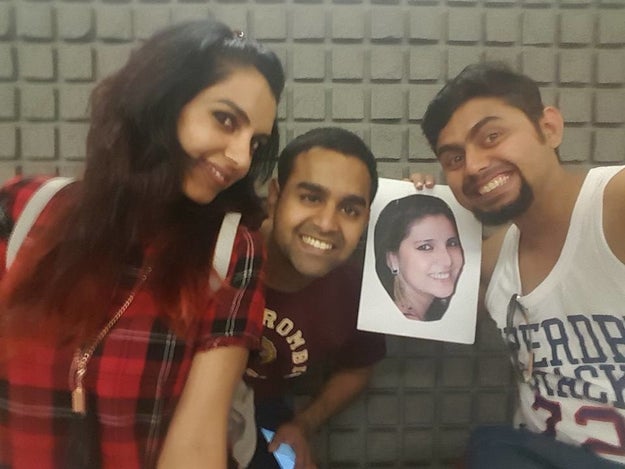 After a friend’s suggestion, he tweeted to Foreign Affair’s Minister Sushma Swaraj in the hopes that she might be able to help them out.

But being the boss that she is, Swaraj replied anyway, promising to reunite the couple ASAP. 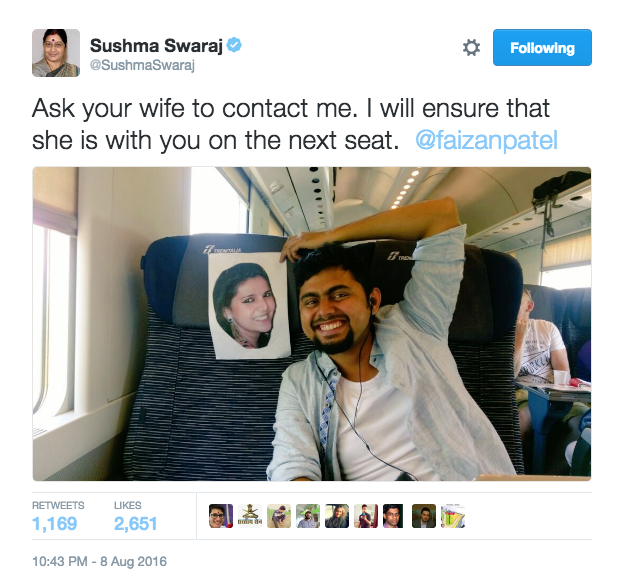 Patel told BuzzFeed that thanks to Swaraj, Sana is already in the midst of getting her passport, and he hopes that she can join him very soon. 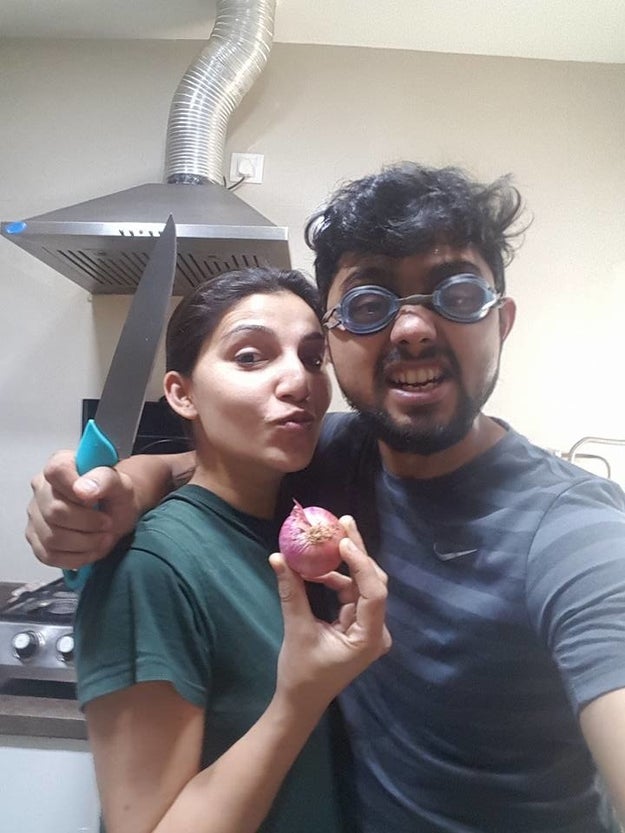 “This trip was entirely planned by her. I wish to see her next to me soon,” he said.