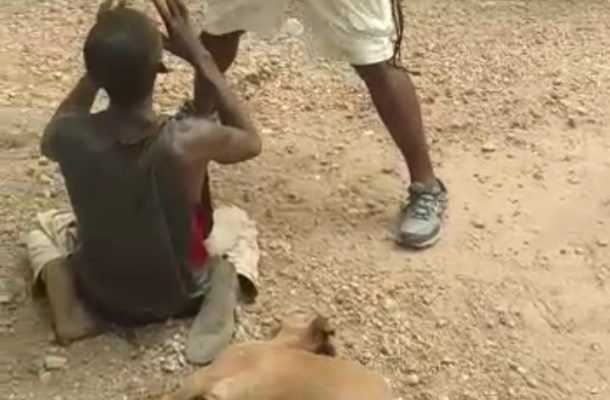 A man was beaten to death after he was caught stealing a goat, police said after arresting two of the alleged killers on Monday.

The incident occurred on Thursday, April 1 at Ayigbe town in Nsawam in the Eastern Region when the deceased was sent to the suspect Nana Odiasempa Nii Ade Quaye’s palace who also happens to be the owner of the goat.

A footage widely shared online saw the deceased whose name was only given by the police as Abombi begging for mercy while a man later named as WO1(Rtd) Adjoja Henry subjects him to severe beatings at the palace. 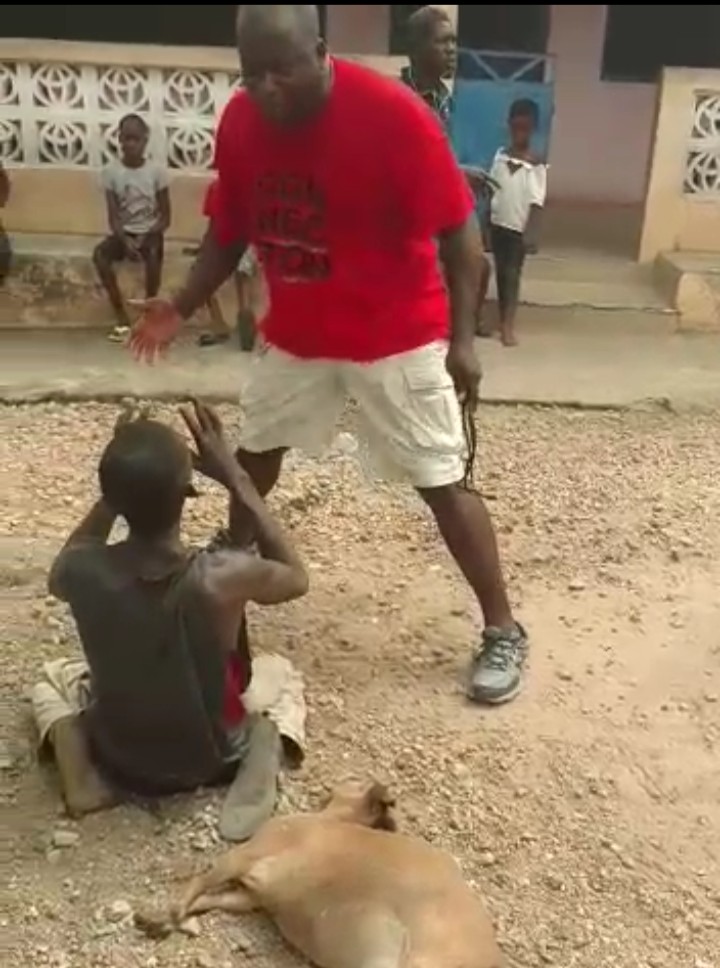 A spokesperson at the Eastern Regional Police Command, Francis Gomado added that the deceased is suspected to have become unconscious during the beating, which included the stamping of his neck and chest.

“He (the deceased) was found dead the following day at the railway crossing at Nsawam. His body has since been sent to police hospital for preservation awaiting autopsy”, the police spokesperson said.

The suspects have been detained and are assisting police with investigations.

It comes after a 90-year-old woman was also lynched in Northern Ghana after she was accused of being a witch.

Two suspects are facing a High Court over the incident which sparked outrage among members of the public.