Man shockingly digs grave for his father who is still alive; this is why 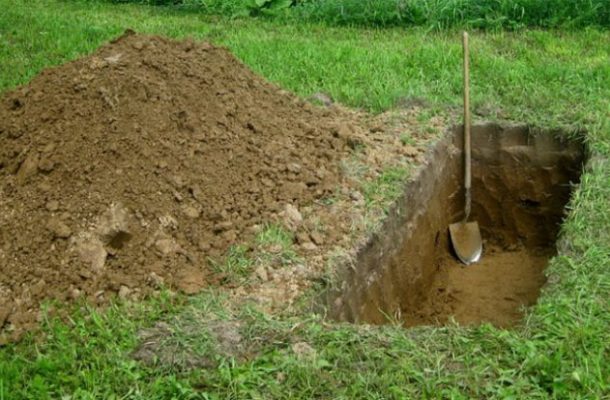 A 46-year-old man has done the unthinkable after he dug a grave for his father and threatened to bury his him while still alive.

Chrispinus Makotsi accused his parent of cursing him, and bringing bad luck to his life.

Makotsi claims his dad, Gerald Okang’a, is responsible for the poverty he is living in and the domestic woes that led to his wife’s take-off two years ago.

On Thursday, November 7, Makotsi went looking for his father in his house, and when he failed to find him, he went to the cowshed, slaughtered one of his dad’s cows and buried it in the grave he had dug for the elderly man.

Okang’a told K24 Digital that he went into hiding after suspecting that his son, a father of one, was planning to kill him.

“When I saw the grave early Thursday, I knew he [Makotsi] was up to no good. This is the second time he is digging a grave with plans to bury me in it. In both instances, his bid failed, resulting in him slaughtering cows and burying the animals in the pits,” said Okang’a.

Denying allegations that he cursed Makotsi, Okang’a said he has always been fair to all his children.

“Recently, I subdivided my parcel of land to all of them in equal sizes. I am yet to know why Makotsi harbours a lot of bitterness towards me,” said Okang’a.

Angered by Makotsi’s actions, neighbours, led by Shinyalu Nyumba Kumi chairperson, Muhanji Alusa, asked the 46-year-old to exhume the cow from the grave to pave way for cleansing rituals.

Okang’a is yet to file a formal complaint with police, K24 Digital understands.