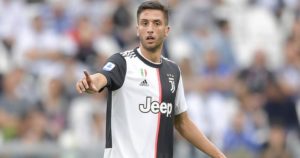 According to a report by Italian outlet Calciomercato, Adrien Rabiot could be made surplus to requirements by Serie A champions Juventus in the summer transfer window. The French midfielder, though, does not have a shortage of big-name suitors, with Barcelona and Manchester City monitoring his situation.

Adrien Rabiot joined Juventus in the summer of 2019 as a free agent following an acrimonious exit from PSG, as per australianonlinecasinosites.com. The move to the Allianz Stadium, though, has not panned out as envisioned, with the 25-year-old midfielder blowing hot and cold over the course of the near-two seasons he has now spent with the Serie A champions.

As a result, he has been in and out of the squad, although Rabiot has only missed three games in all competitions when fit and available, making 35 appearances till date this season. However, with Juventus keen on signing Manuel Locatelli and Paul Pogba this coming summer, Rabiot could be the collateral damage as they look to free up space. This has alerted Barcelona and Manchester City.

Barcelona have previously been linked with Rabiot on a number of occasions and ahead of the summer transfer window, the Catalan giants’ pursuit of the Frenchman makes sense, seeing as they are in the market for a central midfielder. While Georginio Wijnaldum has been identified as a priority target, it is prudent to look for possible alternatives as well.

With Sergio Busquets entering the twilight of his career and Miralem Pjanic also on the wrong side of 30, it is not hard to see why Barcelona want to recruit a central midfielder. Manchester City, on the other hand, could do with one as well, considering the fact that Phil Foden is primarily deployed in attack.

That has left Kevin De Bruyne, Bernardo Silva and Ilkay Gundogan as the only central midfield options at Pep Guardiola’s disposal, thereby necessitating the need for someone like Rabiot in the summer transfer window. With the 25-year-old also capable of playing as a defensive midfielder, he could mitigate the potential exit of Fernandinho as well.

As far as the French international himself is concerned, it will be interesting to see if his Juventus career does come to an end after just two seasons in Serie A. If so, it remains to be seen which of Barcelona and Manchester City end up securing his services come summer with online casinos united states backing the Premier League side to his signature.

Barcelona and Manchester City seem to have a promising chance of snapping up Rabiot, seeing as Juventus are prepared to let go of him to make room for new arrivals while also freeing up massive wages, worth €7 million per year. Like Rabiot, Aaron Ramsey, who has been linked with Liverpool in recent weeks, could also be moved on in the summer.