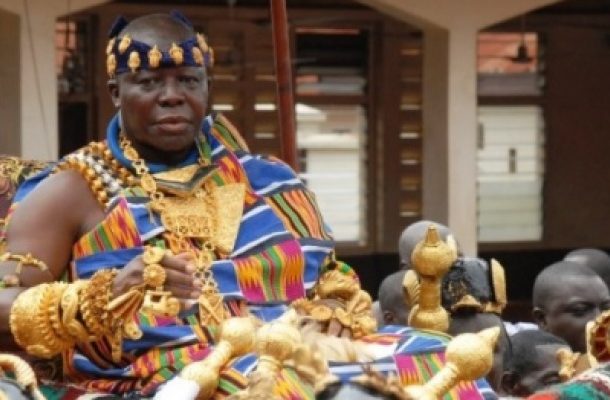 The Manhyia Palace in Kumasi has announced a ban on funerals effective Monday April 8, 2019.

Residents of Ashanti region have been advised to adhere to the directive given by the traditional authorities as part of activities marking the 20th anniversary of the enstoolment of His Royal Majesty Otumfuo Osei Tutu II as King of the Ashanti kingdom.

A statement issued by the Chief of Staff of Manhyia, Nana Kofi Badu stated that the ban will be lifted on Monday April 29, 2019.

Otumfuo Osei Tutu II was enstooled as the traditional ruler of the Kingdom of Ashanti on 26 April 1999 and is the 16th Asantehene.

He was born on 6 May 1950 and named Nana Barima Kwaku Duah, the youngest of the five children of Nana Afia Kobi Serwaa Ampem II, former Queen-mother of the Ashanti who died 15 November 2016. 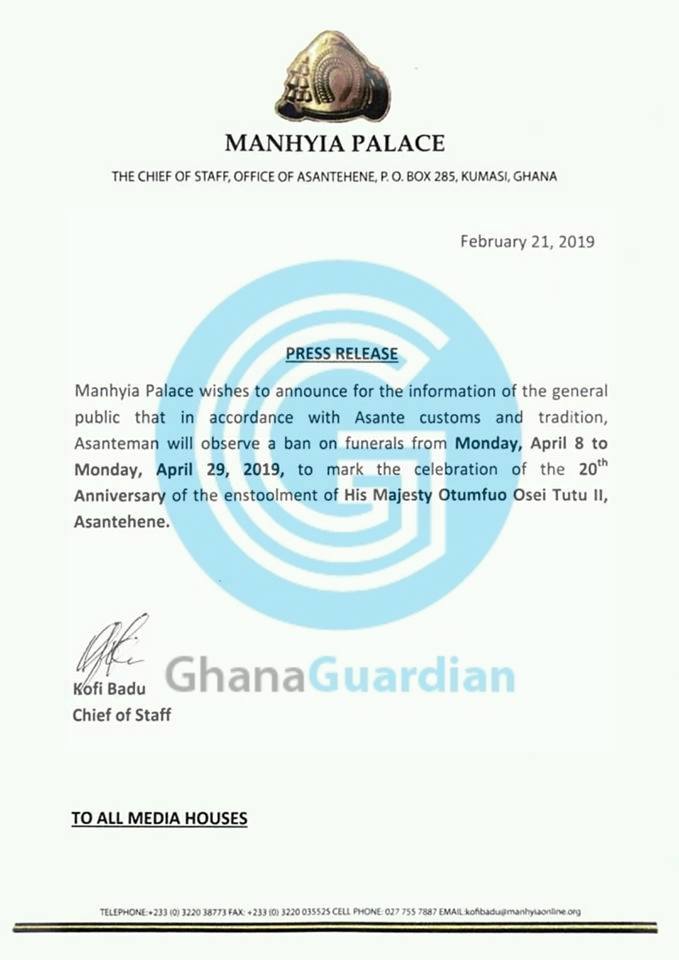