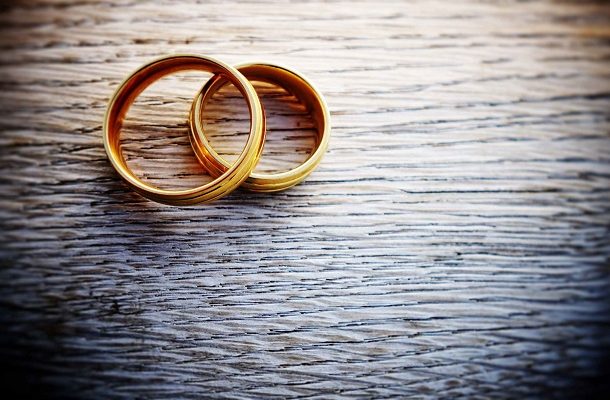 The Reverend Daniel Kwesi Ayim, Pastor in charge of the Mount Moriah Congregation of the Presbyterian Church at Danfa in Accra, has emphasised the importance of marriage, saying it continues to form the critical base of the society.

He, therefore, advised married couples to take time and study their partners to adjust and stay in their marriages and not to be quick in seeking divorce at the least provocation.

He said: “We learn Marriage within Marriage, no two marriages are the same,” and so married couples should commit to each other and depend on the grace and the direction of God, the originator of marriage to make it work.

Rev Ayim said this at the launch of a book titled: "Near Divorce" authored by Adwoa Okorewaa, also known as Mrs Hannah Awadzi, a journalist.

The 124 paged book shares a bit of Adwoa Okorewaa’s marital journey through a compilation of articles she wrote at a time she was going through “marital crisis”.

Mr Joseph Kojo Attigah, Deputy Director at the Department of Social Welfare who was the guest of honour said what we usually call “engagement” in Ghana was actually the real marriage.

“There is nothing more to it and it is our final marriage. However, Christianity has come to introduce a foreign culture called wedding, which is not recognized by our laws,” he explained.

Mr Attigah who pointed out that his views did not represent that of the Department of Social Welfare, said customary marriage was not marriage between two individuals only, but two families, saying in customary marriages divorces were rare, adding that "there is nothing like divorce"

Touching on the book: "Near Divorce," he encouraged everyone to get a copy since "it will be beneficial to your marital life and parenting.

“I am sure my marriage would have been a bit easier if I had the chance to learn certain things in this book before marriage,” he added.

Mrs Eli Asiam, an Educationist, who reviewed the book, said "it does not only touch on pertinent issues that need to be discussed in marriage but also attempts to provide solutions, saying “it is a must-read for every individual.

She said no matter the stage one was in, whether single, married, happily married or near divorce, one would find the book useful.

Adwoa Okorewaa, the author, said the book aims at exposing some of the stereotypes about marriage while encouraging people whether male or female to pursue their uniqueness in marriage.

“I wrote Near Divorce with the intention of making positive impact on marriages, but also giving room to couples who are at their wit ends to perhaps, just perhaps go for an amicable divorce,” she said.

Mrs Diana Hopeson, a Renowned Musician and Counselor who chaired the launch, said there seemed to be a lot of pretences in many marriages and that should be stopped and advised couples to rather commit to their marriages and make them work and last.

She also shared some of her rich marital experiences with the participants and treated them to some melodious tunes.