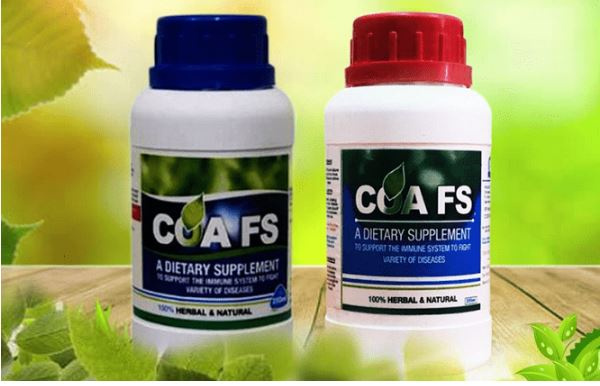 The reason for a tango between local drug manufacturers, COA Research and Manufacturing Company and the Food and Drugs Authority has been attributed to a demand for a bribe to the tune of more than GHC500,000.

According to an investigative piece by Freelance journalist Manasseh Azure Awuni, bribes were demanded of the management of the company known for the production of the rather popular COA FS drug. Though some payments were initially advanced in order to get the FDA off the company’s back, the bribe was returned for the reason that it was not enough.

An order by the Food and Drugs Authority (FDA) to manufacturers of popular food supplement, COA FS, COA Herbal Centre to withdraw the product from the market over claims of unsafe consumption sometime in April this year raised concerns over how the regulatory body relates to local entrepreneurs or companies who produce ground-breaking products.

Many Ghanaians expressed surprise over the FDA's action considering the fact that COA FS was on high demand following the outbreak of the covid-19 pandemic.

Before the FDA’s ban on the wonder drug, there were hints that some respected officials were denigrating the efficacy of the drug, which have been acclaimed by many Ghanaians and some foreigners, who have tried and tested it.

Now though, the expose by Manasseh Azure suggests the actions of the Authority may have been premised on the tango over a bribe.