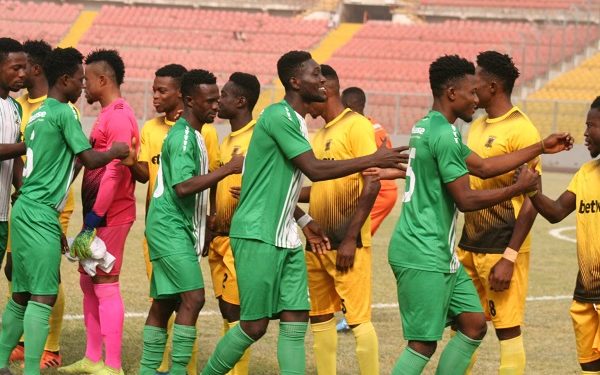 King Faisal will still not be able to count on new signings Micheal Akuffo, Daniel Nii Adjei and Osman Bashiru for this afternoon clash.

The good news is that Goalkeeper Alexander Domfeh has finished serving his suspension and is available for selection against Bechem United.

King Faisal welcome Bechem United on Wednesday in the match day four of the Ghana Premier League in search of their first win of the new campaign.

The 'Insha Allah' lads are yet to record a win in the 2019/2020 league season after losing their opening three games.

They currently sit 15th on the league log and will like to register their first win on Wednesday against the 'hunters'.

" I'm happy with the progress of the team. We are improving game by game. And I'm hoping things will get better for us in the subsequent games" Head coach Anthony Commey ahead of the Bechem United clash.

The likes of Charles Adu Gyamfi, Frank Boateng and Ibrahim Osman have improved in recent games and will be key for King Faisal in getting their first win this season.

Lying seventh on the log with six points, the hunters will fancy their chances against the home side who are yet to pick a point after three games.

Their victory over Great Olympics could invigorate them to go all out against King Faisal.

King Faisal and Bechem United have only met in one season.