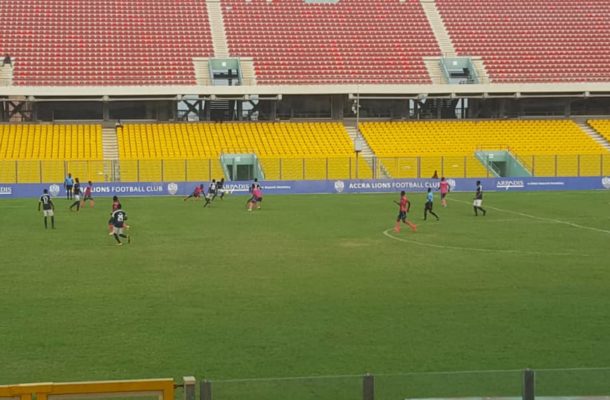 Accra Lions were held in a 1-1 draw against Okyeman Planners in the Division one zone three league at the Accra Sports Stadium on Monday.

The host dominated the first 45mins, creating most of the goal opportunities but couldn't break the deadlock which ended goalless.

Accra Lions scored an early goal to move ahead in the second half and they almost made it 2-0 soon after, but shot just went wide.

However, Planners came into the game in the second half and deservedly levelled through a header.

Lions started the game brightly, with all good opportunities that came their way but they squandered all the chances.

Both sides had chances in the closing stages, but failed to hit the target and in the end a draw was a fair result.