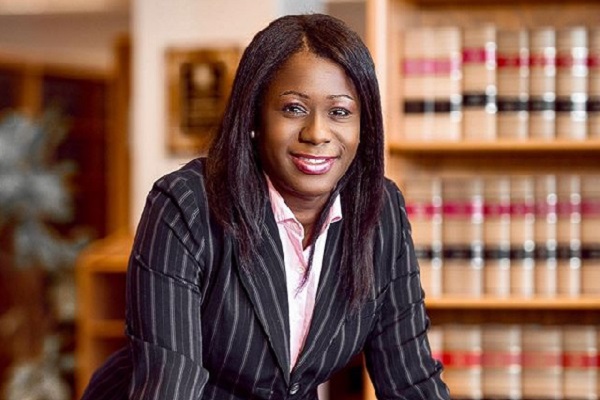 Elaine Amankwah Nietmann is a Ghanaian aspiring for US Congress

In a world where women are making the greatest exploits in various fields in the face of many challenges, another woman is setting her path to become one of the few women breaking grounds in the United States House of Representatives.

Just like Martin Luther King, Jr. the greatest civil rights activist in American history, Elaine Amankwah Nietmann a lawyer by profession is hopeful through a representation of the people of the 4th Congressional District of Georgia in the US House of Representatives, she will also be able to write her name in the books of history.

At a young age Elaine immigrated from Ghana to the United States. She immediately fell in love with the country as she experienced the beautiful scenery, observed the diverse people, and admired the numerous opportunities. Her family had a great start to life in the U.S. when they were blessed with subsidized housing in what was considered a “good” school district.

After receiving a college degree in political science and economics, Elaine went on to marry her best friend, Keenan Nietmann. They started a family soon after and relocated from Maryland to Georgia in her last year of law school in 2011. Elaine settled in Georgia as a wife, mother, and lawyer, and when her second born son was diagnosed with autism, she witnessed first-hand, the shortcomings of the healthcare system and special education federal programs in addressing his needs.

Elaine's experience gained through advocation for her son with special needs, while working as a public defender, guardian ad litem, and family law attorney in Georgia's Congressional District 4; has motivated her to run for public office to become its next congresswoman.

Elaine credits her Christian faith to her ability to handle and successfully balance the duties of her law practice and family of six while still advocating for her son’s special needs. Living by the words of her parents, Elaine believes that the goal of hard work will never be lost when you give it everything you’ve got!

With the motto: “Better Representation of Our Community Today", Eliane believes more remains to be done in the four counties of Georgia’s Fourth Congressional District especially in the areas of education, healthcare, economy, veteran affairs and immigration. With the Democratic Party Primary of her district scheduled for May 19, 2020, it is highly anticipated that Elaine Amankwah Nietmann whose campaign is receiving growing support from the African-American community of 4th Congressional District of Georgia will win the primary and go on to win the general election slated for November 3, to represent her people in the United State House of Congress.