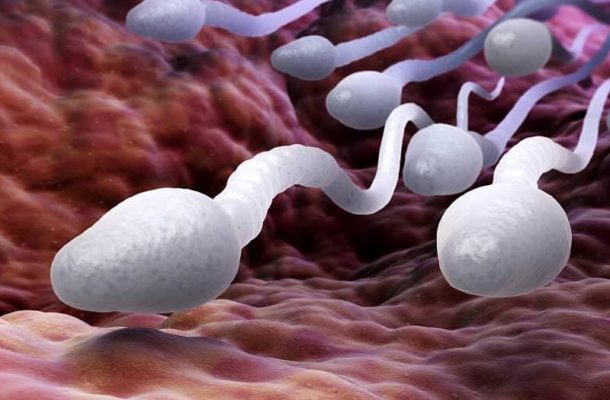 Is your wife having pregnancy issues? As a man, begin asking yourself many questions. One of your topmost concentrations should be the time that you retire to bed.

A study has found that early bed-timers are almost four times more likely to have good-quality sperm to make their partners pregnant than late sleepers.

Scientists asked men what time they had typically gone to bed over the past month, and if a doctor had found them to have normal or low-quality sperm.

Those who went to bed before 22:30 hours were almost four times more likely to have normal sperm than men who slept at 23:30 hours or later with the report stating that getting enough sleep was crucial.

Evidence suggests sleep deprivation can cause the immune system to overreact and attack sperm, while going to bed too late may see couples run out of time to have sex, according to the study copied to the Ghana News Agency.

Professor Hans Jakob Ingerslev, co-author of the study from Aarhus University, said: "These were men who had been trying to have a baby for about two years and an early bedtime was likely to be important because it allowed them to get more sleep."

"The reasons could be psychological as sleep-deprived men suffer more stress and that can have an impact on fertility," he said.

Dr Raj Mathur, a consultant gynaecologist at Manchester University NHS Foundation Trust, who was not involved in the study, said: "The study suggests men who are trying for a baby should be going to bed early and getting a decent amount of sleep."

"They should think about what is keeping them up and try to change their habits, whether it's binge-watching Netflix or sending emails," he stated, adding, "going to bed earlier with their partner may also increase their opportunity for sex, improving their chances of success further."

Researchers found men who went to bed 'early' before 22.30 hours were 2.75 times more likely to have normal sperm than those with a more 'regular' bedtime between 23:00 hours and 23.29 hours.
It said men who slept for between 7-and-a-half and eight hours more often had normal sperm, boosting their ability to have a baby naturally.

The results suggested they were six times more likely to have good-quality sperm than those who slept less than seven hours a night on average.

The Danish study, presented as a poster at the annual conference of the European Society of Human Reproduction and Embryology (ESHRE) in Vienna, asked men how many hours of sleep they got, as opposed to how many hours they spent in bed.

Study participants, who were aged 34 on average, were also given a score on sleep quality, based on their total answers in a questionnaire.

Sleep quality was poor, for example, if they had to get up during the night to use the bathroom or struggled to get to sleep within half an hour.

However this overall sleep quality score was not found to have a link with sperm quality, which the men and their partners both reported based on their test results from a fertility clinic.

The authors stated that their study was small and further research was needed.
But Dr Christopher Barratt, Professor of reproductive medicine at the University of Dundee, said: "Telling men who are trying to conceive to get more sleep is a very sensible message, although this is a small study."

"If you don't get enough sleep that has an impact on the metabolism, which will have a negative effect on sperm quality."

"It is pretty basic advice but a lack of sleep is closely tied to feeling stressed and stressed men are also less likely to have sex once a day, as recommend when trying for a baby."