Mensah Thompson of ASEPA writes: The true valuation of the AKER Bloc- AKER's claim of  spending $500m on the Bloc false 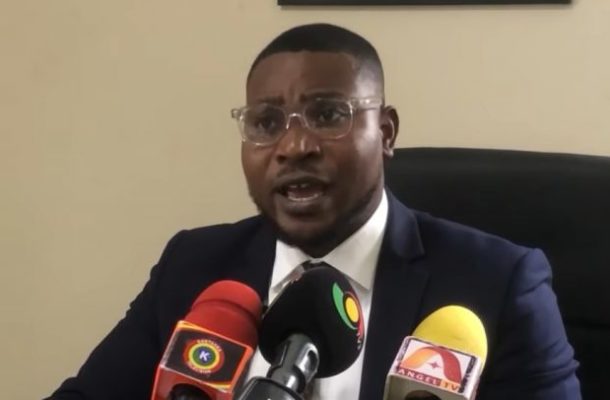 1. The recent decision by GNPC t re- acquire more stake in the AGM/Aker oil bloc and to form a joint operating company with Aker to become a major player in the local oil industry has attracted a number of controversies.

2. ASEPA has taken a position on principle to support any form of Nationalization of Ghana’s natural resources, we have also admitted the huge revenue potential that is likely to accrue to the State if GNPC becomes an operator.
3. A recent report by the Institute of Fiscal Studies and other economic think-tanks have admonished Government to take a critical look at its extractive sector as a catalyst for optimum domestic revenue mobilization to close the current fiscal gap we have been confronted with.
4. And so the GNPC/Aker deal if done right can strongly shore up Government revenues, however we are still concerned with the valuation or proposed valuation of this transaction. Our concern stems up from the $1.6billion being bandied around by promoters of the transaction.
5. We have therefore taken a critical look at the AGM/Aker bloc, the acquisition cost and cost incurred so far by Aker and we have come to the conclusion that there is no way Aker has spent more than $200Million on this bloc since its acquisition of its 50% from Hess Corp.
6. Now let us break the cost component down from ASEPA’s own independent verifications.
a. The current bloc in question was previously owned by Hess Corporation.
b. It consists of 2 oil fields namely; Deep Water Tano Cape 3 points(DWT Cape 3) and the Deep Water Tano South(DWT South)
c. In the Deep Water Tano Cape 3, there have been a Discovery and an Appraisal.
d. Hess brought in the Stena DrillMax drill ship at a cost of $498,000 per day to drill, In Ghana, it is estimated that averagely by 30days you will hit oil due to Ghana’s geographical position.
e. So let’s do the calculation, ($498,000 x 30days) will give us $14.9 Million, now let’s add the cost of casing and cementing as 10% of the cost, the add 15% as contingency and multiply it by the number of wells and that gives us $148Million.
f. So it is estimated that Hess spent about $148million on the bloc and that’s why it was able to sell 50% of the bloc to Aker at $100Million and still make profit.
g. So Aker acquired 50% of the Hess bloc and Lukoil acquired 40% and the remainder for GNPC.
h. Now the bloc at the center of this transaction is NOT the entire Hess Bloc but the 50% Aker bought from Hess at $100Million.
i. After Aker bought it from Hess, they have also dug four wells; 2 at DWT Cape 3 and 2 at DWT South.
j. They brought in the Maersk Viking which is a 7th Generation Vessel owned by Maersk Samsung, it came from the ship yard in 2014 and its first job was in the Gulf of Mexico, it was rented by ExxonMobil at a cost of $610,000 per day for 5 years and later another two years at a cost of $155,000 per day after which it was warm stacked.
k. Aker then went for this vessel at an estimated cost of about $250,000 per day, and as we have noted earlier, in Ghana latest by 30days you will hit oil, so let’s give Aker even 35days.
l. ($250,000 x 35) days will give us $8.7Million, now let’s add 20% for casing and cementing, 15% as contingency which include Seismic survey cost and that will bring us to about $12.8Million for one well, so for the two wells we have about $25.6Million, now let’s add $5million for rentals and other costs to sum it up to $30Million.
m. Mind you Aker owns only 50% of the bloc so their share of the cost is half of the $30Million and that will give us $15Million as Aker’s cost for the 2 wells at DWT Cape 3 points.
n. Same analysis goes to DWT south, assuming Aker even incurred all the cost of the drilling at DWT south that is about $30Million.
o. So now let’s add the costs, Aker bought 50% of the bloc at $100Million, spent about $15Million in DWT Cape 3 and about $30Million in DWT South.
p. This brings Aker’s total expenditure to $100Million + $15Million+$30Million=$145Million as Aker’s total cost and the value of Aker’s 50% share of the bloc.
q. Even if we add a profit of $50Million to Aker’s share of the bloc, it still bring the value of the bloc to $195Million.
r. How then is GNPC asking for $1.1billion to acquire just 27% of the 50% of Aker’s share whose current value including Profit is only around $195Million???
7. Now here are the relevant questions, If Aker says it has spent $500Million on the bloc so far, it must be able to justify that expenditure by providing the answers to the following questions, so we can all analyze the cost.
a. How many wells has Aker drilled?
b. What Vessel did they use?
c. How many days of drilling did they do?
d. What was the cost of Cementing and casing?
e. Which Company did the cementing and casing?
f. How many kilometers of Seismic survey did they do?
8. These are the major cost components of the work Aker has done on the bloc, they should provide all these information so that we can all do the costing together in a more transparent manner, until then we still maintain that per information available to us and our own independent valuation and verification, Aker has not spent up to $200Million on this bloc.