Merry Christmas 2020: Know all about the Mistletoe tradition that brings Christmas romance 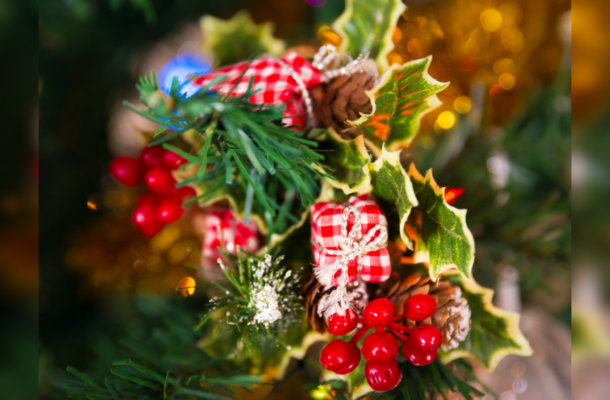 This dates back to ancient Greece where this tradition was associated with fertility and fortune; when couples kissed in the festival of Saturnalia and later continued to do so in marriage ceremonies. This was also an indication of peace and love. During the Roman era, soldiers from different war-sides would reconcile their differences under the mistletoe, bringing forever peace. As a result, the Romans started to decorate their homes with mistletoe.

The term ‘mistletoe’ comes from two Anglo Saxon words, ‘Mistel’ meaning dung and ‘Tan’ meaning twigs. Contrary to its derivation, the Mistletoe tradition is quite romantic. This is also known as the ‘Christmas plant’ that is said to bring feelings of love between two people if they happen to stand under a mistletoe. If two people suddenly come under a mistletoe plant, then it is a tradition that they kiss each other on the lips or on the cheeks. In today’s times, it is taken quite light-heartedly, but according to ancient scriptures, there is proper etiquette to be followed while kissing under the mistletoe. It is said the one partner should pluck one white berry while kissing the other partner on the cheek and that one kiss is allowed for each berry. However, this is a long-forgotten folklore that is still followed in many parts of the world. After all, people just enjoy being in the moment with their partner, while humming to a mistletoe song!

Despite its beautiful meaning, the plant mistle is actually dangerous. One must never eat a mistletoe berry because it contains harmful toxins, that can be lethal for humans. While keeping that in mind, standing underneath a mistletoe plant is completely safe. Couples always try to find one to experience a delightful and charming tradition. Mistletoe has always been popularised through books, songs, theatre plays. Recently, stories revolving around mistletoe have also been adopted in pop culture. People simply love this tradition because it brings Christmas love to them. So, hang one mistletoe plant on your doorway or even on the top of your Christmas tree and watch blessings come your way!