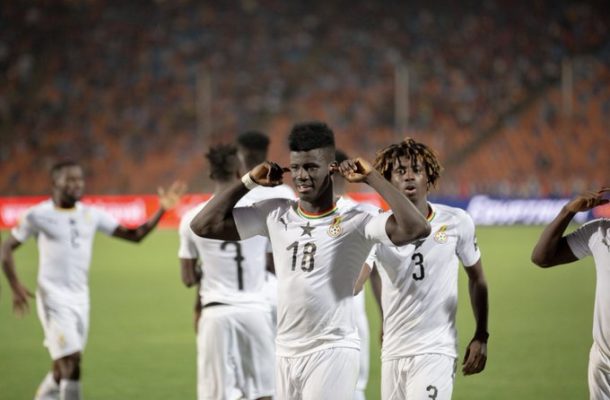 Ghana will look to secure a place to the Tokyo 2020 summer Olympics in Japan, when they take on South Africa tomorrow (Friday) in their 3rd place play-off game at the 2019 Africa Cup of Nations in Egypt.

The Black Meteors suffered defeat to Les Petit Éléphants, while Amaglug-glug lost against host nation Egypt in the semi-final games on Tuesday.

Both nation's have a chance to make it to the 2020 summer Olympics in Tokyo.

Since Athens 2004 in Greece, Ghana U23 have not qualify for the Olympic games and this will be a great opportunity for Ibrahim Tanko and his lads to end the hodoo.

South Africa are also eyeing victory against Ghana as the top three finishers from the Under-23 Afcon automatically qualifying for the Olympic showpiece in Tokyo.

The game will kick-off at 2:30pm Local time.

Hosts Egypt and Cote d'Ivoire have already qualified for the finals to be staged at Cairo International stadium and booked their ticket to Tokyo.