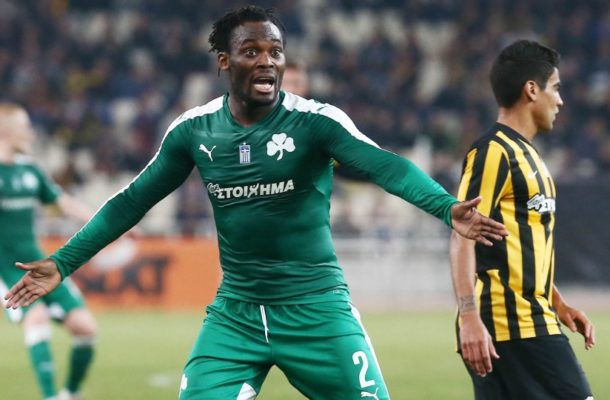 The Greek Football Association has officially announced, Michael Eissen withdrew his request to the EPA Arbitration Court to impose penalties on Panathinaikos over unsettled debts owed him.

Essien moved to Panathinaikos from AC Milan in 2015 and left the following year after an injury-plagued season.

His lawyers dragged the side to the Finance Dispute Resolution chamber of the Greek Football Federation seeking full €650,000 compensation from Panathinaikos over a contractual dispute.

The club acted in bad faith and missed some payments to which Essien filed for the club to be punished.

But after fulfilling the installments for May, the former Chelsea star decided to withdraw the appeal putting the matter to a definite conclusion.

Here is the full statement released by the EPA tribunal:

“ The Arbitral Tribunal, at its last meeting, took the following decision.

Removes the trial opened on 11 May. 2018 application by professional footballer Michel Essien, as the applicant declared through the attorney's office before the Court of Justice with the explanatory memorandum filed to the Court from 15-6-2018, as the content of that statement is assessed by the Court of Justice, that it waives the from 11-5-2018, requesting, for all the reasons mentioned, the activation of a penalty against Panathinaikos FC ".