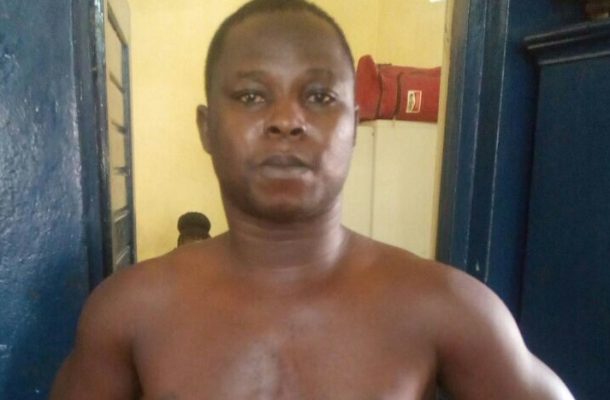 The police in Kumasi in collaboration with their counterparts in the Upper East region have arrested one Robert Atiah, the CEO of Power Grounds Micro Finance company based in Navrongo for allegedly duping his clients.

He is said to have swindled his clients running into several millions of Ghana cedis.

A source at the Ashanti Regional Police command who confirmed the arrest of  Atiah to Graphic Online said the suspect has since January been on the run.

He said acting upon a tip off, Atiah was arrested from his hideout at Atasemanso in Kumasi on Tuesday night.

He is currently in police custody at the Kumasi Central Police and would soon be transferred to Navrongo to face prosecution.

The distraught customers of the suspect had earlier this year petitioned the former Minister of Interior, Mr Mark Woyongo to help them retrieve their investments.

Meanwhile information picked up by Graphic Online in Navrongo indicated that the residents received the news about his arrest with joy.

The residents believed that the arrest would enable them retrieve their investments which have been locked up following the collapse of the company.

The customers, most of who are petty traders, were lured into saving with the company with the promise of high returns.