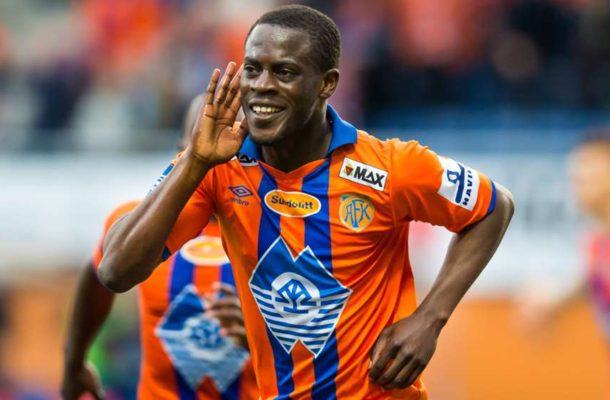 English Championship sides Middlesbrough and Sunderland are set to lock horns for the signature of Ghana international Edwin Gyasi.

The two Championship clubs are both in talks with the former Fc Twente man as they look to boost their attack for the second half of the season.

His team, Aalesunds in Norway have put hefty £2million price tag on the explosive winger.

Born and raised in Holland to Ghanaian parents, Gyasi  made his international debut in a World Cup qualifier against Congo last September and scored his first goal for his country in a 1-1 draw with Egypt in November.

The 26-year-old can play as a secondary striker and scored six goals this year for Aalesunds.