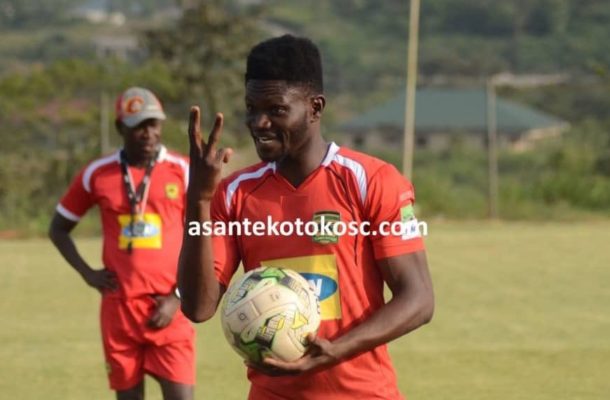 Midfielder Kwame Bonsu has praised Kotoko fan base for their ‘massive support’ during their 3-0 triumph over Nkana FC on Sunday.

Supporters at the Baba Yara Stadium were in full voices throughout the 90minutes as the Porcupine Warriors got their Confederation Cup campaign back on tract with a dominating display against the same opponents that beat them 3-1 a week ago.

Kotoko sealed the comfortable win thanks to first-half goals by Fatawu Shafiu, Emmanuel Gyamfi, and Martin Antwi to move up to second in the Cup Group C table, a point behind Al Hilal.

"Plus 3 gained, good character from all the lads, massive support from the fans ! We focus on the next one !," he posted on Twitter after the game.

Asante Kotoko will next host Sudanes giants Al Hilal in Kumasi next Sunday.