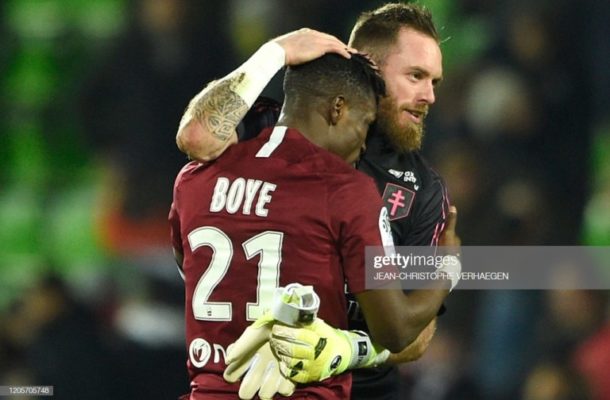 Ghanaian defender John Boye made history in the French League One over the weekend by becoming the player who scored his club's 3000th goal.

When Boye scored the match winner for FC Metz against Nimes on Saturday night, he only believed perhaps he had won them the three points to keep them away from the danger of demotion from the French top flight.

However there was more to it as Boye’s goal also saw him reach an enviable milestone in the club’s history.

The Ghana defender’s name has now been boldly captured in the history books of FC Metz as he becomes the player to score goal number 3000 for the club in the French Top flight.

Boye currently has two goals this season for FC Metz. Watch his goal in the link below.