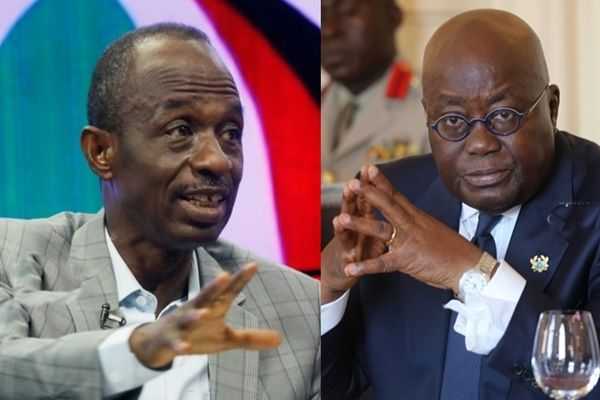 The General Secretary of the largest opposition National Democratic Congress (NDC), Johnson Asiedu Nketia believes President Nana Addo Dankwa Akufo-Addo is facing some spiritual attacks that have left him clueless on how to deal with his government.

According to him, the President appears to be “careless” of his bad leadership and non-performing appointees over the years.

He continued, “some combined spiritual forces have entered his [President Nana Addo] head. He is being manipulated and not bothered to do the right thing to save this country.”

According to the President, persons calling for the reshuffle of his Ministers may be persons looking for job opportunities and also some NDC members whose actions may be aimed at undermining the government.

“The calls come for all kinds of reasons; NDC wanting to destabilize the government is one. There are people who are also looking for jobs,” President Nana Addo said during a radio interview on North Star radio in Tamale as part of his tour of the Northern Region this week.

Despite the call for a reshuffle, the President rather praised his appointees for their excellent performance over the years.

“Many of them for me, have done outstanding work. Their output has been considerable, and that is what I look at.

“If the output measures expectations, then I don’t have any strong reasons to heed the call,” he noted.