Minority Spokesman on Energy is a lazy politician – Sir John 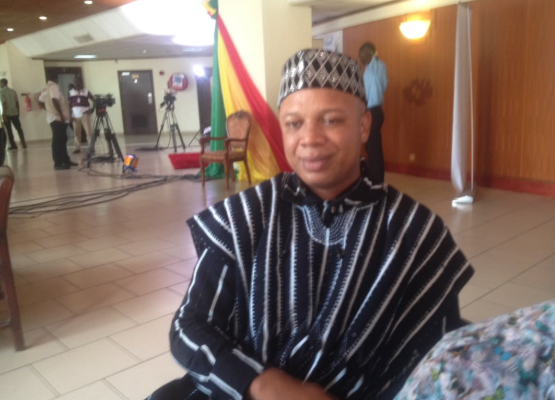 The Chief Executive Officer of the Forestry Commission, Kwadwo Owusu Afriyie, a.k.a Sir John has described the Minority Spokesperson on Energy, Adams Mutawakilu as a lazy politician who has a lot to learn in politics.

The Member of Parliament for Damongo addressed the press on Tuesday where he accused Sir John and the governing New Patriotic Party (NPP) Ashanti Regional Chairman, Bernard Antwi Boasiako aka Chairman Wontumi of engaging in illegal mining popularly known as galamsey despite the blanket ban on all forms of small scale mining.

He called on the President to rein in his party people in order to avoid further destruction of the country’s forest and natural resources.

But Sir John in an interview with Kasapa News denied the allegations saying the Minority have been misled by rumors started by a traditional leader that he [Kwadwo Owusu Afriyie] was involved in the illegal activity.

He urged Hon. Adams Mutawakilu to do his investigations well before making public such baseless allegations which are intended to tarnish his hard earned reputation.

“I’m shocked that such a person is a Member of Parliament, how on earth can he make such accusations against me when he knows very well that they’re outright lies. Does he think because I’m popular he can smear me with mud and get the public to believe such untruth? His kind of politics is condemnable, he’s such a lazy politician, he should come to some of us to teach him the rudiments of politics. I’m shocked such a person has been made a Minority Spokesperson on Energy.”

Mr Afriyie, further explained that the only activity ongoing at the site being referred to by the minority was a reclamation exercise authorized by the Lands and Natural Resources Ministry.

“There’s this area called Kobro in the Bekwai Traditional Area in the Ashanti Region where a reclamation exercise is currently on going, and this is the place people claim there is galamsey activity going on there.

“I’m categorically stating that neither myself nor Wontumi is engaged in any illegal activities. The fact is that a contract has been awarded to a company to undertake a reclamation exercise as a result of a letter given to me by the Minister asking me to do such exercises. Many other companies have been engaged in the Eastern Region, Western Region and Ashanti Region.”