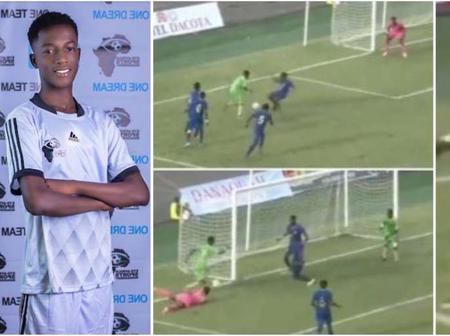 The forward showed genuine skill, dribbling ability and precision as he went past a sea of defenders to score from an acute angle.

Mizak Asante scored a messi like goal after dribbling about four defenders and the goalkeeper before slotting into the roof of the net to make it  1-1.

Both teams defended with their lives as the match headed into penalties after both failed to score another goal.

Golden Kick won the shootouts 7-6  with Humphrey Doh of Mobile Phone People the villain in the shootouts despite his outstanding performance throughout the match and secured promotion to the Division One League from the Greater Accra Region.