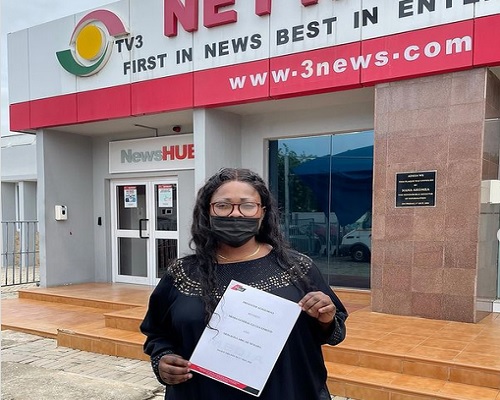 Barely a month after resigning from Kantanka TV, Media personality, Monalisa Abigail Samaha popularly known as Mona Gucci has carved a new nitch for herself at Media General.

She joins TV3 as a presenter.

In a conversation with Sammy Kay, Mona Gucci revealed she signed a six-month contract with Media General and will be hosting a programme yet to be known as a presenter on the Network.

When asked whether the show will be in the same form as the “link up” show she used to host on Kantanka TV, the presenter disclosed that it will be an upgraded version of that with different segments.

Mona Gucci a couple of weeks ago resigned as host of the Link up show on Kantanka TV, sighting that her exit from the station was due to the fact that she had to pursue her studies.