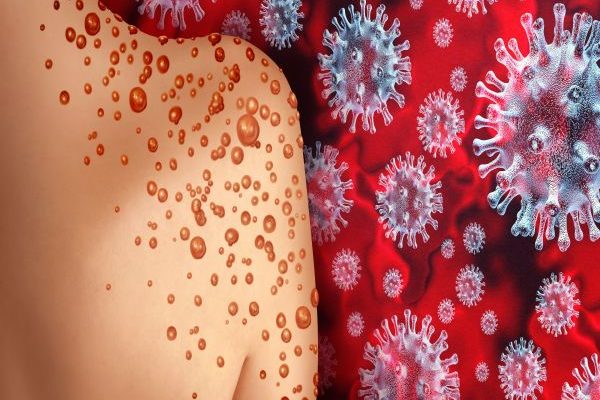 The first two US paediatric cases of monkeypox have been reported by health officials as a national outbreak continues to take root.

One patient is a California toddler and the other is a non-US resident infant who was "transiting through" the Washington DC area.

The US Centers for Disease Control (CDC) said both children were "doing well".

Children under eight are at high risk of severe monkeypox, said the agency.

More than 2,500 cases of the virus have been recorded across the country.

Most cases have been detected among gay and bisexual men in frequent sexual contact.

But the CDC is now aware of at least eight cases in cisgender women, the agency told reporters on Friday.

Monkeypox is not considered purely a sexually transmitted infection (STI) - the disease is also passed on by close contact with an infected person.

The virus typically causes pimple-like rashes, which can be extremely itchy and painful, to develop and spread across the body, as well as other complications.

The infection usually clears up on its own in adult patients without treatment or hospitalisation - but the World Health Organization (WHO) has warned that young children have died at higher rates from the disease.

WHO officials have been meeting this week to determine if the virus should be declared a Public Health Emergency of International Concern, its highest alert.

There is also growing concern in the US that monkeypox's rapid spread could see it become entrenched as an STI, similar to herpes or gonorrhoea.

On Sunday, former US Food and Drug Administration Commissioner Scott Gottlieb said the country was likely "at the cusp" of seeing the virus become endemic.

"I think the window for getting control of this and containing it probably has closed, and if it hasn't closed it's certainly starting to close," he told CBS News' Face the Nation programme.