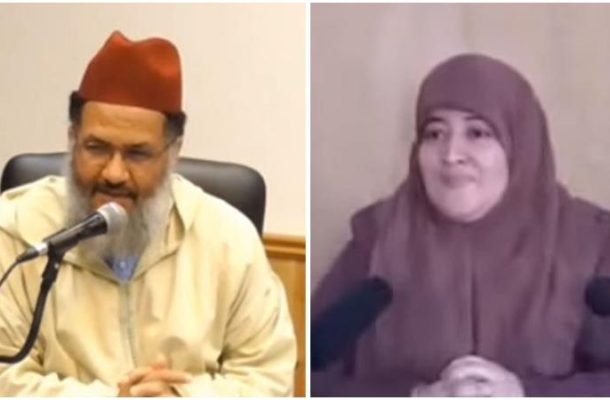 A sex scandal involving two leading Islamist political leaders has stirred an uproar in Morocco as angry social media users took to the internet to criticise the incident.

Moulay Omar Benhammad, 63, and Fatima Nejjar, 62, both vice presidents of the Reform and Unity Movement (MUR), the religious wing of the ruling Justice and Development Party (PJD), were briefly detained on Saturday morning after they were found in a "sexual position" on a beach in the port city of Mohammedia, some 60 kilometres from the capital Rabat.

The couple, set to appear in court on September 1, was granted a bail after Benhammad’s wife refrained from filing a legal proceeding against him for adultery.

Nejjar, a 62-year-old widow and mother of six, faces a charge of complicity to adultery, while Benhammad, a married 63-year-old father of seven, faces charges of “attempted corruption” of the policemen who detained the two.

Under Moroccan law, extra-marital sex is punishable by a jail term of between one and 12 months.

The couple was expelled from the party on Monday.

MUR released a statement condemning the incident and accusing the two of committing a "extremely serious fault" that ammounted to "a violation of the principles of the movement, its orientation and its values".

The incident went vital on social media with users taking to the internet to criticise what they believe to be the religious leaders' hypocrisy in their teachings regarding sexual freedoms and relations.


Videos of Najjar were quickly shared in which she advocates the use of the Islamic veil and urges students to stay away from "temptation and vice".


The incident has triggered an old debate surrounding sexual freedoms in Morocco.

Moroccon activists have long called for the cancelation of Article 490 of the Penal Code, a law which punishes every man and woman caught having sex outside of marriage, even if the two are conesnting adults.

According to activists, adults should have the freedom to engage in sexual relations as long as there is mutual consent.

In 2014, global advocay group Amnesty International released a campaign called My Body My Rights that fell in line with activists' calls for greater freedoms.

Amnesty International Morocco director Mohamed Sektaoui said at the time that the organization was calling on the government to "include sexual freedom in its criminal code reforms, and acknowledge it as part of human rights."

"Sexual relations outside marriage must not be considered a crime punishable by law," he added.

The sex scandal, among a list of other assorted accusations against the ruling PJD, comes just weeks before Morocco's parliamentary elections in October.

While the party itself is keeping a low profile, its backers accuse opponents in parliament and the media of conjuring a slur campaign to damage PJD credibility ahead of the October general election.

"It is an old practice to defame and discredit the other (party) in the fight for power," historian Maati Monbij told AFP.

The PJD remains popular in the conservative country, despite limited success in tackling corruption, and is credited with lowering the budget deficit.