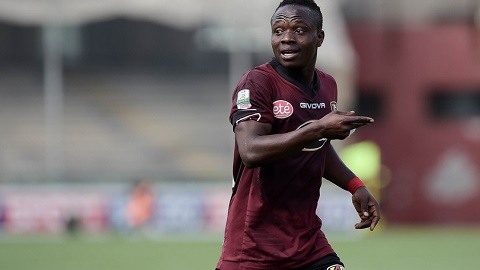 Ghana youth star Moses Odjer is set to leave Italian serie B side Salernitana in the summer, according to his representatives.

The 21 year is a subject of interest for Livorno who are have already preparing a bid for the Ghanaian.

According to the player's agent, Luigi Sorrentino , Odjer will be bidding his farewell to the club following interests from other clubs in Italy.

"The boy has two more years of contract," he told tuttosalernitana.com. "But in the summer will go away, by the Salernitana there is no longer the same interest seen in past".

Odjer, who shot to prominence at the FIFA U-20 World Cup in Turkey 2015, has been outstanding at Salernitana this season, playing 27 times and scoring two goals this season.

Livorno are reported to be preparing around 1.3 million Euros for the Ghanaian who has impressed the club.