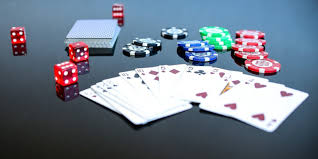 When we say the word gambling, we often think about Las Vegas but America is not the most gambling country in the world.

Actually, most of the people would never guess the countries and the ranking accounts for yearly losses in live betting divided by the adult population. The yearly loss is not only for casino gambling but all manners of gambling including lottery and bingo.

Yes, Australia is the biggest gambler in the world and they also allow online gambling. Slot machines are called pokies and are the most popular form of gambling. The annual loss per capita is $1,288 and nearly one thousand gamblers have been banned from casinos from 2006 to 2010 and were afterwards caught again.

Gambling has been recently legalized in Singapore and they have since become one of the most gambling countries in the world with $1,174 per capita losses in 2010. Their government is adding extra fees for the local gamblers in trying to prevent further losses and family members also have the ability to ban each other from casinos.

The country has issues due to outdated regulations and their average per capita losses stand at $588. Ireland also has online casino websites as well as sports betting.

Canada is the land of the gamblers with around 75% of adults have participated in gambling. Their yearly losses stand at $568 and lotteries and scratches are among the most popular games.

The country is a story on its own with over 40% of its adults gambling every week. The minimum gambling age was 15 till 2011 when it was raised to 18 years-old. The lottery is nationally owned and the revenue is invested back to education, arts, and culture. Finland has $553 per capita yearly losses and an internet gambling website provides paybacks to loyal customers who have medical proof of their gambling addiction.

It is strange that America is not even among the top 10 countries with Italy, Hong Kong, Norway, Greece, and Spain in the top. Still, Las Vegas is only a small part of the United States and the two are not the same.

If we observe Las Vegas and Atlantic City as the centers of gambling in the US and consider how large the country is, we would come to a logical conclusion of why the US isn’t on the map. Share your story with us and let us know about gambling in your country.