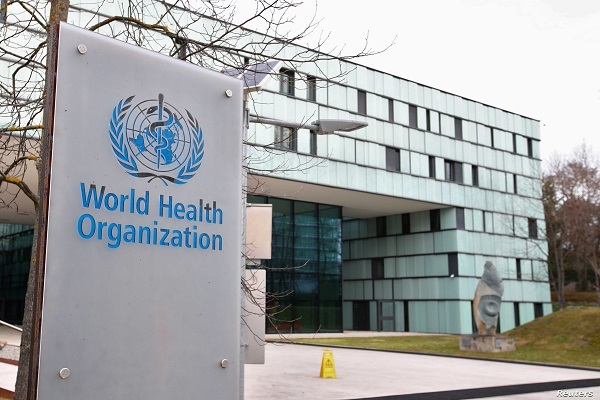 Most regions of the globe are seeing an increase in new COVID-19 cases as highly contagious variants continue to spread, the World Health Organisation (WHO) has said.

New cases worldwide increased by 8% over the last week, the fifth week in a row that the WHO has seen an increase in transmission, Maria Van Kerkhove, the agency’s technical lead for COVID-19, told reporters during a press briefing.

Cases in Europe, where the highly contagious B.1.1.7 variant is rapidly spreading, increased by 12%, Van Kerkhove said.

The Americas and Africa saw a “slight decline,” Van Kerkhove said, but she said the case numbers overall are “worrying.”

“There is pressure to open up in many of these countries, and there are difficulties in people and individuals and communities to comply with proven control measures,” she said, adding that there has been a “slight increase” in deaths across the world. “We’re also seeing that vaccination distribution is uneven and inequitable.”

The WHO’s comments come as public health officials across the world grow concerned that reopening too quickly amid a rise of new, highly contagious variants could reverse progress in the global pandemic. Some countries, including the United States, have seen an increase in new Covid-19 cases even as they vaccinate millions of their citizens each day.

Roughly 82.7 million Americans have received at least one dose of a COVID-19 vaccine and more than 44.9 million are fully vaccinated, according to data compiled by the Centers for Disease Control and Prevention.

Still, the seven-day average of new cases rose by 5% or more in 27 states as of Sunday, according to a CNBC analysis of data compiled by Johns Hopkins University. The nation logged an average of 54,308 new cases per day over the past week — a 1% rise from the prior week after months of rapidly declining case numbers, according to the Hopkins data.

Also Monday, CDC Director Dr. Rochelle Walensky urged all Americans to remain “vigilant” as officials race to get the majority of Americans vaccinated.

“We are at a critical point in this pandemic,” Walensky said during a White House news briefing. “I’m worried that if we don’t take the right actions now we will have another avoidable surge just as we are seeing in Europe right now.”

“There is still far more we can do at an individual level, at a community level, as leaders in government,” she said.