Mother jealous of her son's dimple, pays £1,300 to drill holes into her cheeks (Photos)

Mother and beauty blogger, AJ Weir, 44, from Lutton in Lincolnshire who was desperate to have dimples, spent £1,300 to have holes cut in her cheeks.

Aj went under the knife in September despite warnings from her family friends, and had chunks of flesh cut out from inside of her cheeks and then stitched up in order to give her a dimple effect.

According to Aj, dimples are something she has wanted for a really long time and has watched her friends with dimples get their way because of their endearing facial features.

'If somebody has dimples, I will try to stick my finger in their face. It's really weird, but I just love them. I see them as a sign of being cute.'


The beauty blogger had her boobs done before she decided she wanted a dimple just like her 11 year-old son.

Bearing in mind the risk of messing up her face and the possibility that the procedure may not work, Aj went ahead and cut up her face.

"I knew there were risks associated, because it was my face. Sometimes the skin doesn't adhere and the dimple will be there to start with, but after a few months, it will disappear. There was a risk you could go through it and end up with nothing. For a lot of people this seems like a really stupid cosmetic procedure and it seems insane to start messing about with your own face. Some people say you should just be happy with what you've got and I get that but this was something I wanted to do.' I could afford to do it and I wasn't going to put my family in any sort of financial crisis by doing it, so why not?" 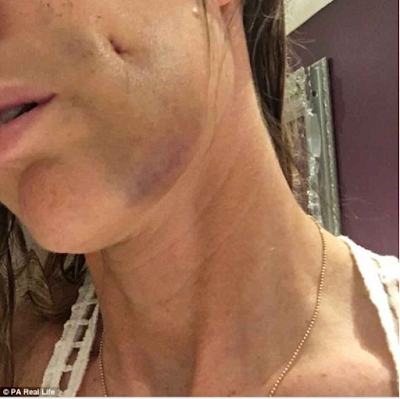 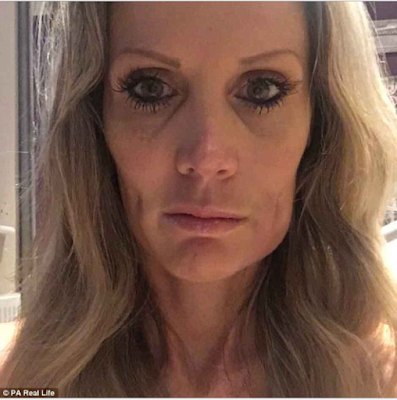 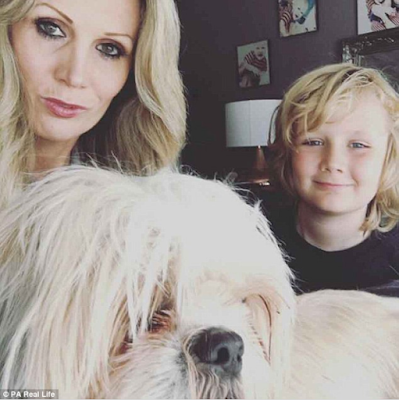