Mother of boy who died at KNUST SHS speaks 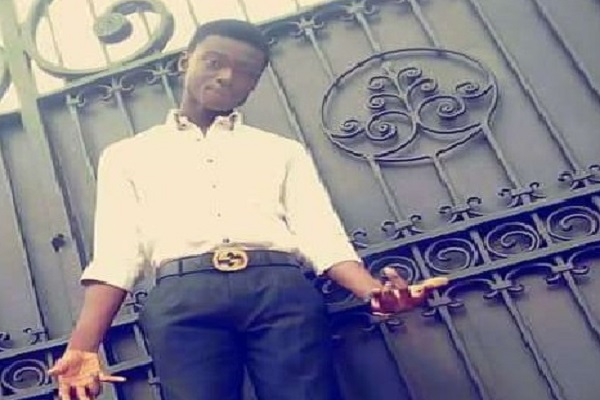 The yet-to-be identified student who passed away

Mother of the Kwame Nkrumah University of Science and Technology (KNUST) Senior High School student, who died on Tuesday, has given a harrowing and chilling account of how her son lost his life.

The boy who was suffering from severe stomachache was left in the hands of colleague students for several hours without any move by the school authorities to get first aid administered on him, madam Comfort narrated on Angel102.9 FM on Wednesday.

Whilst some students were seen in a viral video trying to save the life of their colleague, some teachers were spotted standing distance away as many feared the boy might have contracted the deadly coronavirus.

The deceased, Richard Sam, had been a day student for over two years but had to join his colleagues in the boarding house after schools were re-opened for final year students in the midst of the coronavirus pandemic.

Madam Comfort noted that her son was an ulcer patient and even tried visiting him on Sunday, July 5 but was turned away.

“I was prevented from seeing my child on Sunday, just a day before the incident. The security men at the gate drove me away like chicken,” she alleged in her native language, Asante.

She claimed she had to go back home sad with all that she had brought for the boy, because the security men have been given strict instruction not to allow parents on campus as directed by government.

Unfortunately, the boy got sick the following day.

According to her, even though the issue happened in the morning of Monday, she was only called and informed about the child’s situation in the evening when the issue was getting out of hand.

She refuted claims by the school authorities that she asked them not to give the boy any first aid or send him to hospital.

The boy was sent to the hospital later in the evening, bought all the medicines she was asked to, but the boy could not survive and died the following day.

Madam Comfort recounted how she sold her cloths to take care of Richard and his siblings.

“I sometimes have to go to the seamstress to take back my cloths to resell just to take care of his education,” she said, adding she “suffered” doing menial jobs just to ensure the son’s welfare but that “amounted to nothing”.

Meanwhile, the headmistress of the KNUST SHS, Felicia Asamoah Dankwaa has been interdicted due to the issue that has disrupted academic work on campus.