Mourinho blames his players and ref for derby defeat 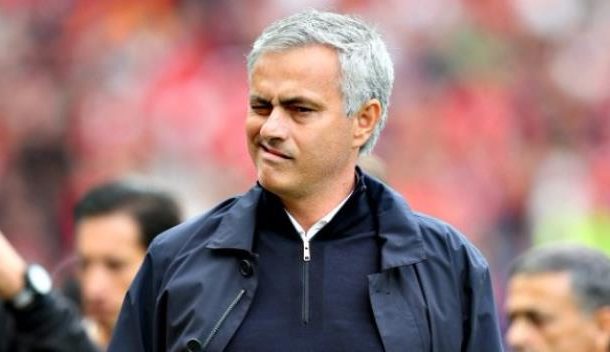 Jose Mourinho blamed his Manchester United players as the reason why his side suffered a 2-1 defeat against Manchester City in the Manchester derby on Saturday.

Mourinho’s men were outplayed for long spells as Pep Guardiola’s side laid down an early marker with victory at Old Trafford thanks to first-half goals from Kevin De Bruyne and Kelechi Iheanacho.

And afterwards Mourinho said “sometimes players disappoint their managers” when asked about United’s first defeat of the season in his post-match interview.

He told Sky Sports: “In the first half they were much better than us. We started the game bad.

“We started the game with some players really below their normal level in terms of their concentration and mental availability to play a game of this speed.

“You need to be sharp the way you think and the way you play. One or two players were below that level and the team paid for it. Honestly, I have two or three players in the first half who, if the game is now and I know what is going to happen, I don’t play them, but this is football and sometimes players disappoint managers and sometimes players give us great surprises.”

However, the former Chelsea boss then appeared to do a u-turn and point the finger at himself, adding: “Therefore it is my fault, I am the manager and it was my fault because it was my choice.”

Mourinho named Jesse Lingard and Henrikh Mkhitaryan in his starting lineup but hauled both players off at half time following dismal spells in the opening period.

United deservedly fell two goals behind to the far superior City but pulled one back through Zlatan Ibrahimovic courtesy of Claudio Bravo flapping at a Wayne Rooney free-kick.

The Chile goalkeeper struggled throughout the entirety of the pulsating affair but United were unable to claw back an equaliser on home soil.

BLAMES REFS TOO
At a point, Claudio Bravo escaped censure for a controversial tackle on Wayne Rooney when he was caught in possession, before a Wayne Rooney cross hit Nicolas Otamendi on the elbow.

The United boss also spoke of his “disappointment” in the refereeing decision to Sky Sports.

“So that’s two penalties against us. Even the best can have not the best days.”