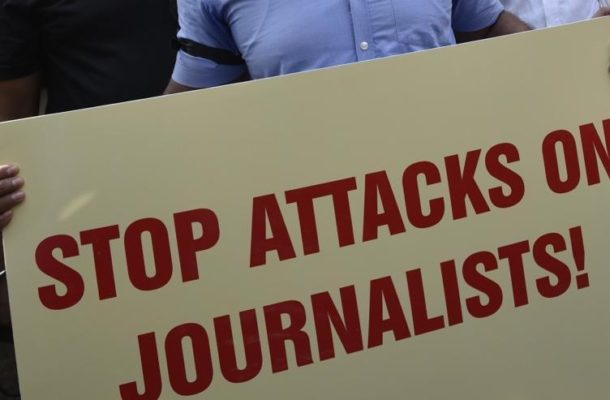 Police have arrested a Member of Parliament after he physically assaulted a female journalist Friday morning, January 10, 2020.

It is alleged that the Gatundu South MP, Moses Kuria, beat up media commentator, Joyce Wanja, after she faulted him for making remarks that were deemed to be “too vulgar” to be said in front of children.

Kuria and Wanja had attended a fundraising event early December 2019, when he uttered the alleged “vulgar statements”. The event was organised to raise fund for orphans in the area.

The lawmaker is alleged to have slapped and kicked Wanja at Royal Media Services studios in Kilimani, Nairobi, — a week later — when the two were invited as guests on Inooro Television.

Cops say “the police file on the MP’s case is ready, and he will be charged in court today (Friday, January 10) with assault and inflicting bodily harm on his victim”.